The latest swings in global equities and US Treasury yields have largely been a function of developments along the US-China trade war front. Even though American and Chinese officials are meeting this week in Washington, D.C. in order to try and come to terms on a trade deal, early indications suggest that nothing substantive will be achieved.

Unlike other commodities, rather than consumption playing the primary driver for gold and silver prices, saving and disposal are the central factors. By ‘saving and disposal’ we mean reasons like: as a hedge against inflation; a safe haven during times of market duress or geopolitical stress; or as an alternative to fiat currencies during periods of low or negative interest rates. Currently, all these factors are in play. 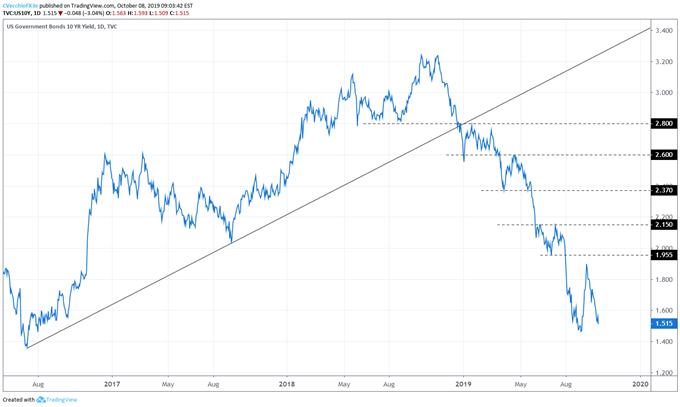 The shifts in US Treasury yields around the latest US-China trade war news feeds directly into one of the most important fundamental underpinnings of precious metals’ rallies: environments that produce falling real yields tend to be the most bullish.

Falling US real yields means that the spread between Treasury yields and inflation rates is decreasing. If precious metals yield nothing (no dividends, coupons, or cash flows), they would be more favorable to hold when US real yields fell.

Gold volatility (as measured by the Cboe’s gold volatility ETF, GVZ, which tracks the 1-month implied volatility of gold as derived from the GLD option chain) has continued to trade sideways after its late-September spike, moving to 16.11 at the time this report was written. Gold volatility remains below its 2019 high (and highest closing level since December 2017) set on August 15 at 18.72. 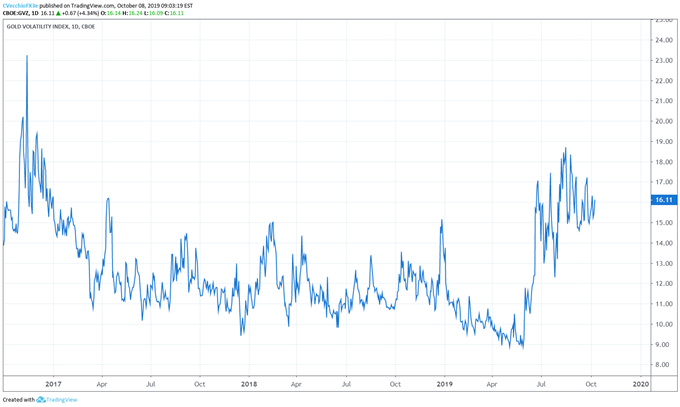 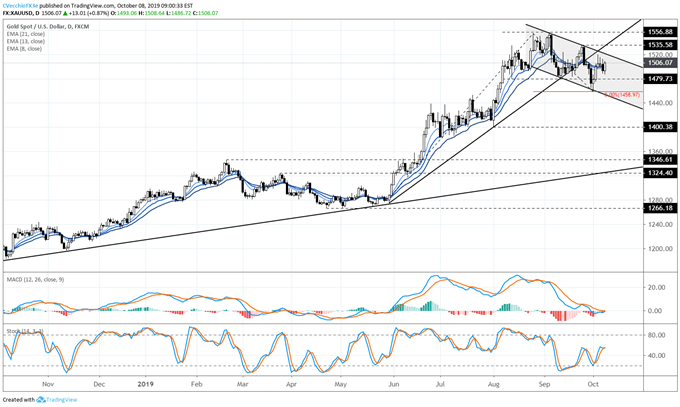 In our last gold price technical forecast updated, it was noted that “gold prices bottomed out [last] week at 1458.97 and returned above the prospective neckline of the short-term head and shoulders pattern at 1479.73…the bull flag perspective has become the focal point.”

To this end, the gold price bull flag continues to be the predominant price pattern monitored at present time. Gold prices are above the daily 8-, 13-, and 21-EMA envelope, which are aligning in bullish sequential order. Daily MACD is turn higher right at the signal line, while Slow Stochastics have trended higher into bullish territory.

It thus still holds that “If the bull flag in gold prices is legitimate, a break above the late-September swing high at 1538.58 would need to be achieved. In doing so, gold prices would also retake the uptrend from the May and August 2019 lows. The 100% extension of the move from the May low, the September high, and the October low calls for a target price of 1726.31.” 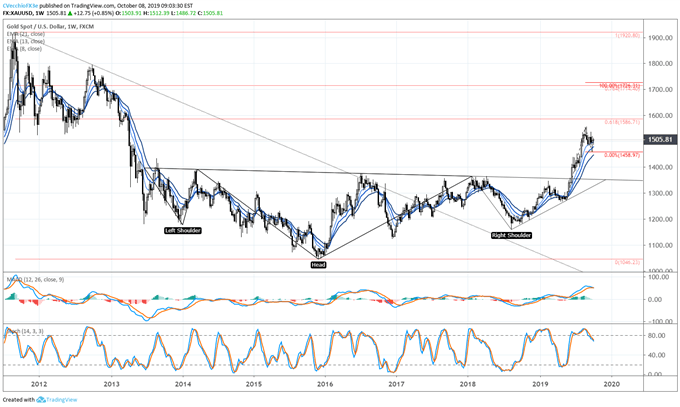 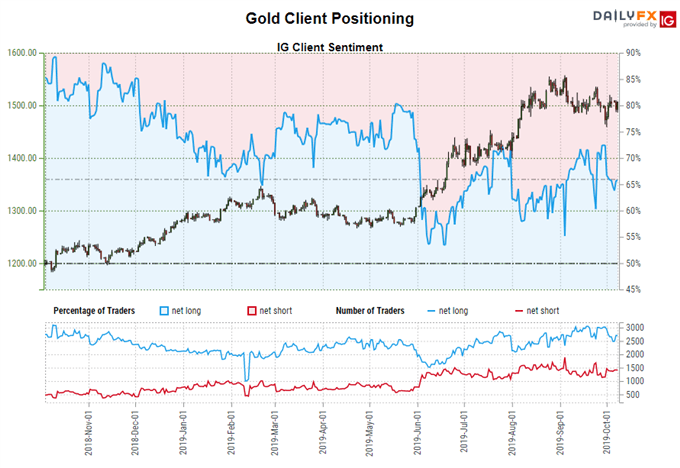