The end of September produced a wave of selling in precious metals, thanks in part to their strong performance over the course of Q3’19: profit taking and portfolio rebalancing were the key factors in driving flows. With the DXY Index acting out its best rendition of ‘King Dollar’ thus far in 2019, coupled with higher US Treasury yields, both gold and silver prices have been hit hard in recent days. Depending upon one’s perspective, however, the near-term topping efforts may not necessarily mean the end of the multi-month bull moves.

On the other hand, reduced uncertainty in financial markets due to decreasing macroeconomic tensions (like the US-China trade war talks being announced for October or a no-deal, hard Brexit being postponed) decreases the desire to hold onto precious metals. 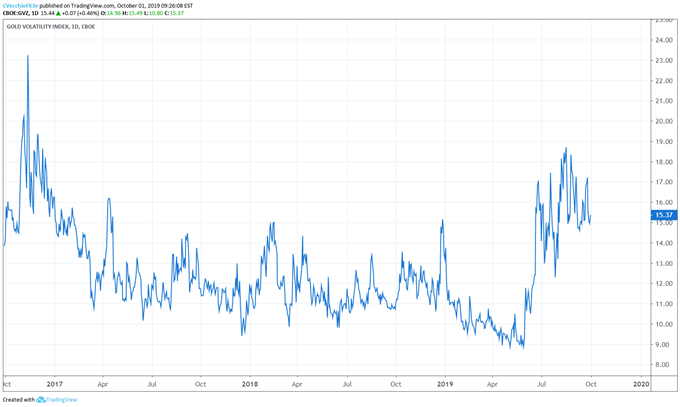 Gold volatility (as measured by the Cboe’s gold volatility ETF, GVZ, which tracks the 1-month implied volatility of gold as derived from the GLD option chain) has continued to trade lower after its late-September spike, moving to 15.37 at the time of writing. Gold volatility levels remain below its 2019 high (and highest closing level since December 2017) set on August 15 at 18.72. 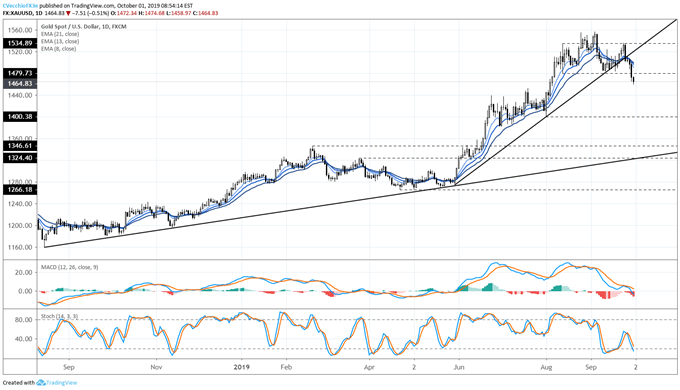 Gold prices are now below the daily 8-, 13-, and 21-EMA envelope, which is aligning in bearish sequential order. Daily MACD has trended below its signal line into bearish territory, while Slow Stochastics are rapidly advancing towards overbought condition. More losses may be on the way – although there may be two scenarios playing out at present time for gold prices. 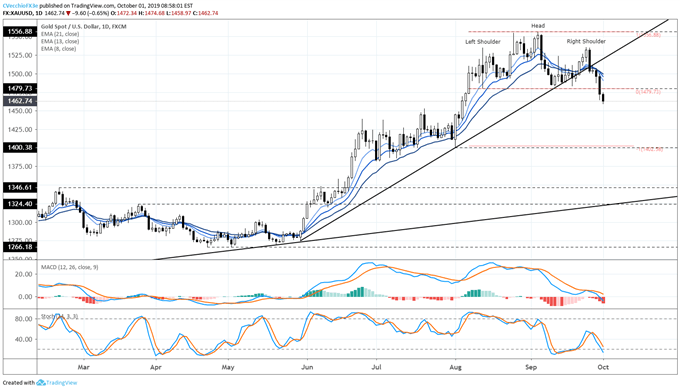 In our last gold price technical forecast updated, it was noted that “Failure to achieve a new high, combined with a break of the uptrend from the May low, would suggest a top is in place otherwise; below 1479.73 a head and shoulders pattern may take shape for gold prices.” Indeed, on September 30, a close below 1479.73 was achieved, setting up the potential for a short-term topping pattern in gold prices now that the uptrend from the May and August 2019 lows was broken. 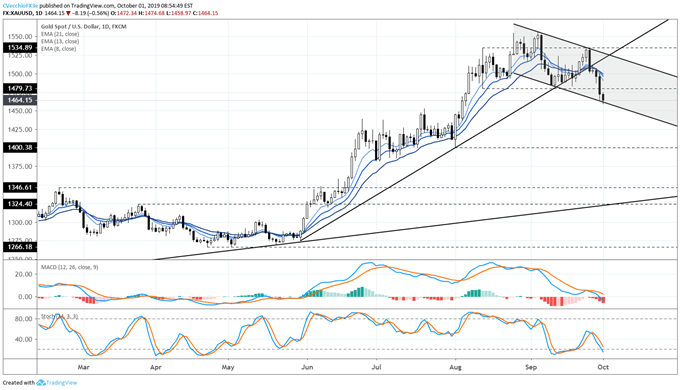 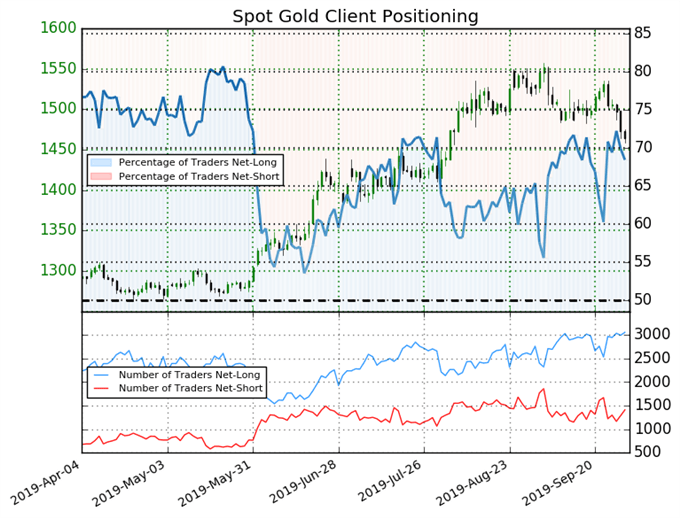 We typically take a contrarian view to crowd sentiment, and the fact traders are net-long suggests spot gold prices may continue to fall. Positioning is less net-long than yesterday but more net-long from last week. The combination of current sentiment and recent changes gives us a further mixed spot gold trading bias.