Silver Prices Back Off as Yields Edge Higher

With inflation data from around the globe in focus over the course of the week, global bond yields have seen a bit of topside gains amid focus on the thematic influence that ‘price pressures are rising.’ Even though this has curated an environment for a weaker US Dollar as well as marginally softer US equities, precious metals, including silver prices, have struggled to continue with their respective April rallies.

Even though silver prices have climbed out of the downtrend from the February and March highs, a cluster of Fibonacci retracement has proved resistance during the rally. Now firmly in the latter third of the month, silver prices have eased off their April highs, setting up what could be perhaps the first test of nascent bullish momentum. 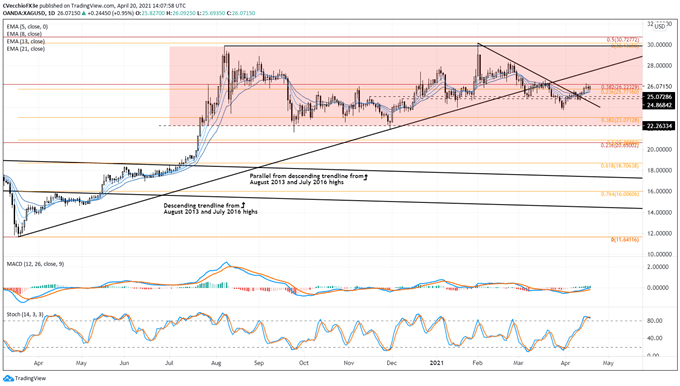 In the previous silver price forecast update, it was noted that “silver prices appear to be attempting to climb out of the downtrend from the February and March highs, which could give a near-term technical reason to throw doubt on the viability of the double top.” Insofar as the downtrend has been broken, focus has shifted from a bearish double top to more stability within the sideways range in place since last summer, which in context of longer-term timeframes, suggests that a multi-month bull flag has been forming.

Momentum has continued to develop in a more bullish manner as April has progressed. Silver prices are above their daily 5-, 8-, 13-, and 21-EMA envelope, which is in bullish sequential order, and more importantly, the daily 5-EMA proved itself as support during the pullback – a sign that near-term bullish momentum is strong. Daily MACD is trending higher and is breaking above its signal line, while daily Slow Stochastics have already settled into overbought territory. 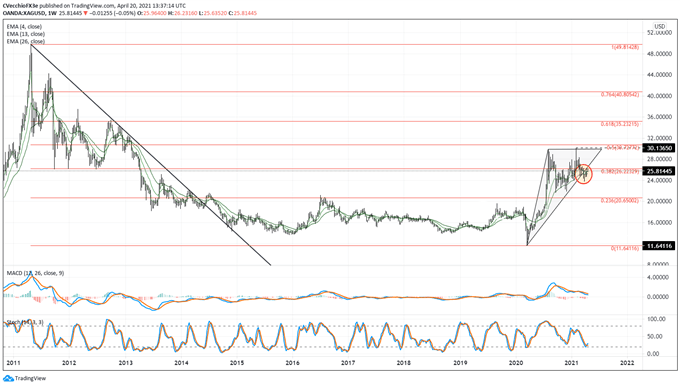 Regaining the uptrend from the March and December 2020 lows would bring silver prices back into its multi-month ascending triangle, putting it back on path for return to its yearly high at 30.1365. This hasn’t been accomplished yet, but would become a higher probability outcome should silver prices retake the 38.2% retracement of the 2011 high/2020 low range at 26.2233. 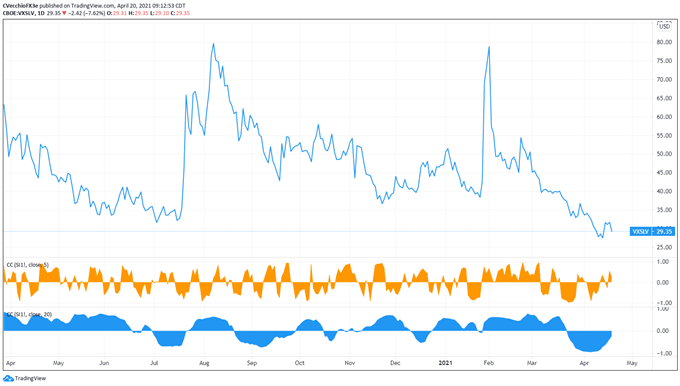 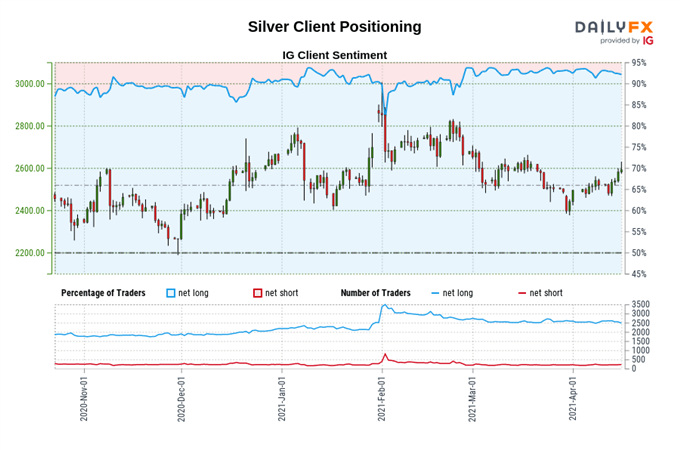