After a tumultuous end to January and equally rocky start to February, silver prices appear to be working their way through the early stages of a bullish breakout attempt. After washing out weak hands around the retail short squeeze mania, silver prices are back on the up-and-up, having carved out a ‘higher low’ during the recent selloff. Now that US President Joe Biden’s $1.9 trillion fiscal stimulus efforts look set to succeed, silver prices, like gold and platinum, are faring well.

On the fiscal side, rising government deficits and debts, coupled with prolonged low interest rates, on the monetary side, are curating an environment akin to the 2009 to 2011 period. As the global economy is looking ahead to a period of significant growth post-pandemic, silver prices have a recent historical precedent to suggest that they will benefit over the coming months, if not longer. Once more, as has been noted since April 2020, that long-term technical studies still suggest that a bottoming process is underway. 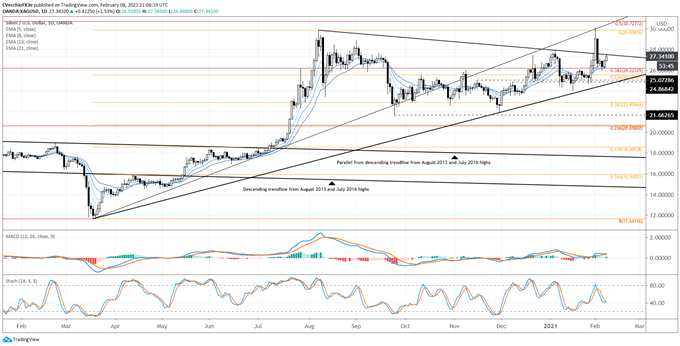 Silver prices have carved out a higher low, insofar as they found support along key Fibonacci retracements after turning lower from resistance at the backside of the original pandemic trendline from the March and July swing lows. It’s worth noting that December, January, and now February have set higher highs and higher lows than the preceding months.

Silver prices are above their daily EMA envelope, which is in bullish sequential order. Daily MACD is trending higher above its signal line, and daily Slow Stochastics reversing course after failing to break below their median line into bearish territory. More evidence of acceleration in bullish momentum contextualized by the symmetrical triangle breakout to new highs relative to 2020 continues to suggest that “the next leg up has begun.” 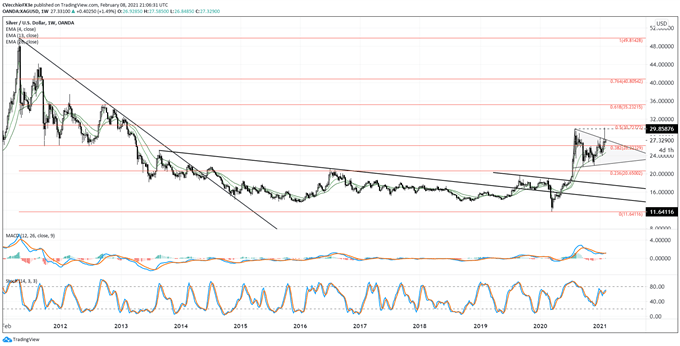 The long-term view on silver prices remains bullish. “The recent triangle consolidation is occurring in context of the breakout from the downtrend dating back to the August 2013 and July 2016 highs, suggesting that a long-term bottoming effort is still under way. If the silver price triangle were to breakout to the topside, there would be good reason to suspect that the move had meaningful technical tailwinds pushing prices higher. The near-term bullish breakout in silver prices may be the start of the next leg higher in this multi-year bottoming effort.” 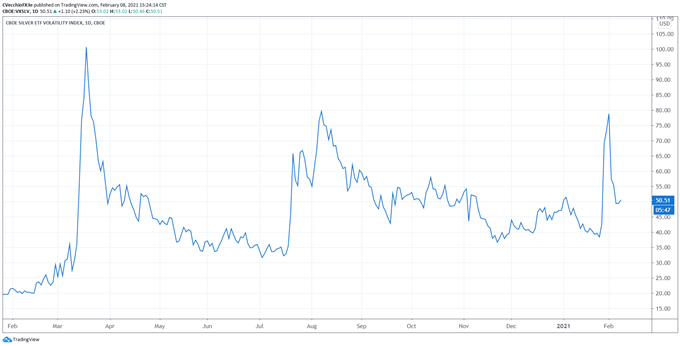 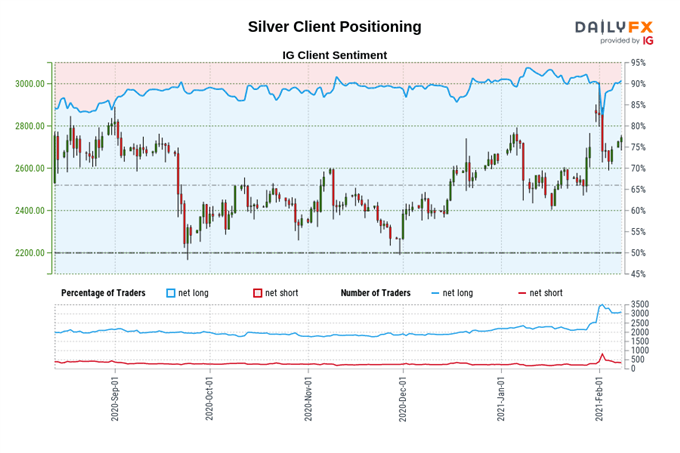