Silver prices, alongside the broader precious metals complex, are having their best week in four months on a mix of renewed global economic optimism, concerns about trade tensions between the US and China, and evidence that the stimulus spigot – both fiscal and monetary – will remain open in developed economies for some time to come.

In the prior update at the start of July, it was noted that, “coupled with rising volatility among precious metals, it may be the case that silver prices play catchup to their golden counterpart.” At the time that report was written, gold prices were up by +18.3% while silver prices are up by +2.3%, year-to-date. Now, as the ink dries here, silver prices have overtaken gold prices, up +26.3% versus +25.2% year-to-date.

It’s been the case that the base case scenario of expansion fiscal and expansionary monetary policies will an environment for falling real yields, which historically has been beneficial to precious metals like silver prices. This backdrop appears to be strengthening: short-term rates are stuck near zero while growth and inflation rates are rising among developed economies in Asia, Europe, and South America.

Consistent with our outlook for gold prices, it still holds that these factors will continue to enhance the negative real yield argument that has been fueling gold and silver’s rallies in recent months, and moreover, the breakout that has been experienced in recent days.

While both gold and silver are precious metals that typically enjoy a safe haven appeal during times of uncertainty in financial markets, the scale and scope of the economic fallout from the coronavirus pandemic has shifted investors’ focus from the positive nature of silver’s safe have appeal during times of crisis to the negative nature of silver’s economic uses during an historic collapse. 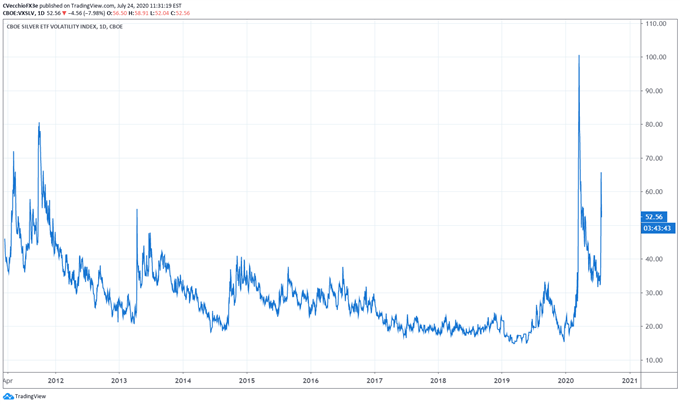 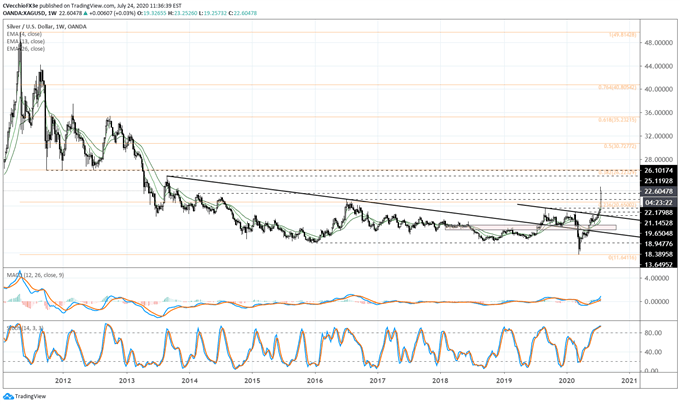 In the last silver price forecast update it was noted that “the longer-term bullish momentum profile would improve meaningfully should a bullish breakout above the parallel of the descending trendline from the August 2013 and July 2016 highs, at which point it may be time to declare the long-term bottoming effort as officially completed; the multi-month rebound would be underway.” Such events have transpired, and so we must declare that the long-term bottom process has been established.

This is a very strong indication that market sentiment had evolved, insofar as looking past the negative aspect of silver’s economic uses and focusing more on the positive aspect of silver’s safe have appeal. For what it’s worth, now that the Federal Reserve has boosted its balance sheet past $7 trillion, the economic fallout argument that’s been weighing down silver prices has been diminished. 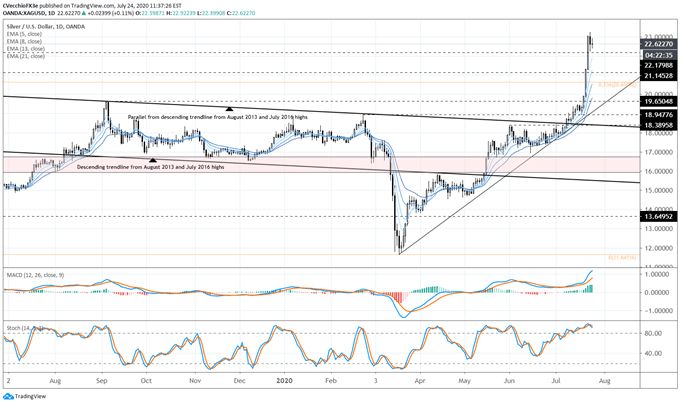 Having conquered the parallel from the descending trendline from the August 2013 and July 2106 highs, price action has confirmed the breakout from ascending triangle consolidation – one which we suggested pointed to “the potential for more gains in the coming sessions” in the prior update.

Silver prices are holding above their daily 5-, 8-, 13-, and 21-EMA, while daily MACD continues to rise in bullish territory while Slow Stochastics have lingered in overbought territory. Like gold prices, the market is in the midst of a strong breakout move, and as such, our attention shifts from pattern-based analysis to more explicitly momentum-based analysis. During such a breakout, it’s important to keep things simple: the market is geared higher until the daily 5-EMA is lost, which silver prices have not closed below since breaking out on June 24. 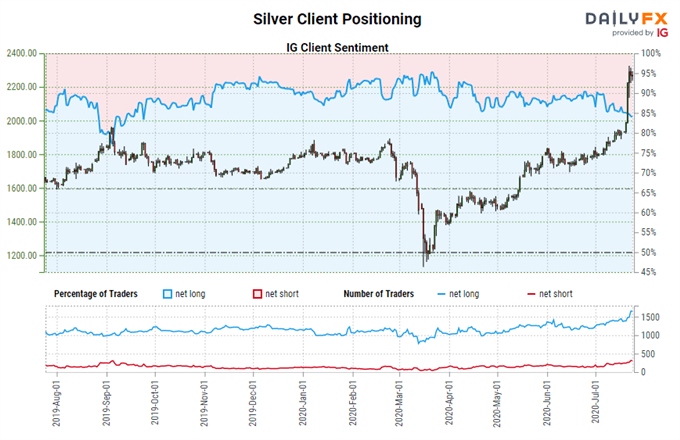 Yet traders are less net-long than yesterday and compared with last week. Recent changes in sentiment warn that the current Silver price trend may soon reverse higher despite the fact traders remain net-long.