Gold Finally Shakes off the Rust, Breaks Range with Silver Following its Lead

Yesterday, gold surged $30 and with it the trading range, bordering on historical in tightness, was finally broken with authority. The top side break clearly took out the 1214 level and trend-line from April, and on that as long as price doesn’t sink back inside the range then risk is skewed higher.

Looking to the 1210/14 area as support on a pullback there is room for a rally to unfold up to near 1240 before lows from July (which was a pivot on the December 2015 trend-line) and December. Gold could continue to trade beyond that level, but for now that looks like the first good spot to watch for sellers to emerge.

Tactically speaking, would-be buyers can use the top of the range to lean on as support, while those looking to short gold will likely be best served waiting for further cues.

Gold traders still remain quite long, check out IG Client Sentiment for details as to how this information can be used. 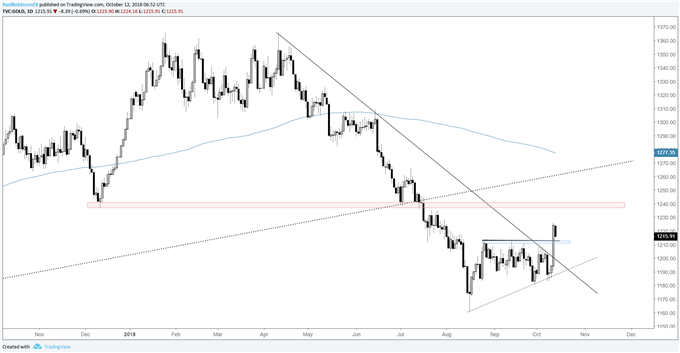 Silver of course followed gold’s lead, but doesn’t have the same bullish backdrop right now. It continues to be laggard to gold and is viewed as a better short candidate should the rally in precious metals turn out to be a head-fake higher. Clearance above 15 needed to get momentum rolling for longs. 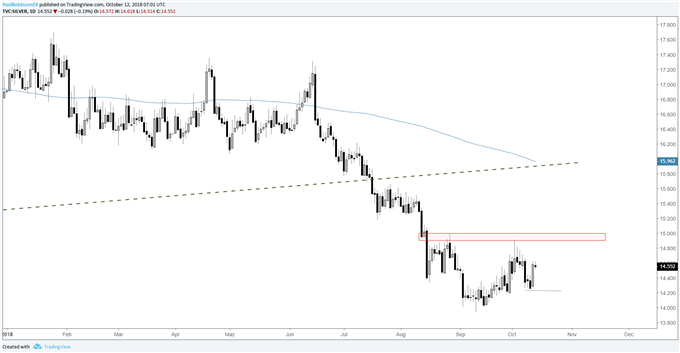