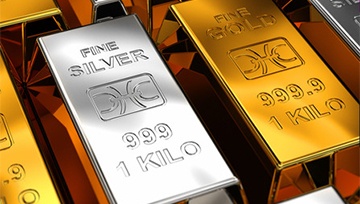 Looking for forecasts, long-term trade ideas, and educational content? We got you covered. Check out the DailyFX Trading Guides.

Gold trying to round its way higher, 1220s targeted if….

Tuesday’s break and bullish rejection on an attempt to trade below 1189 helped shift momentum higher into Wednesday, and with yesterday’s rise gold is positioning itself for another leg up towards the 1220s where a trend-line lies from April.

It may continue to be a difficult trade from the long-side, often times counter-trend or early trend set-ups are, but at the very least right now there isn’t anything particularly negative with respect to gold’s price action and that is enough to keep shorts at bay for now.

The dollar holds the key here. Gold and the dollar have long had a strongly negative correlation, but over the past month it has moved to the most inverse its been since May, with the 1-month correlation currently at -91%. This means USD is even more impactful than normal.

In recent webinars, we’ve been focused on a cluster of support in the US Dollar Index (DXY), and should it break then downward momentum is expected to pick up. Depending on how much momentum, gold may not only rise up to the April trend-line, but could notch 1230-40.

On the flip-side, should DXY make good on support and start to rise then at some point gold may offer a decent short. Either way isn’t real attractive at this very moment given the generally indecisive price action, but so far the scale is tipped more bullish than bearish.

Gold traders have lightened up on their long position; check out IG Client Sentiment for details as to how it can be used in your trading. 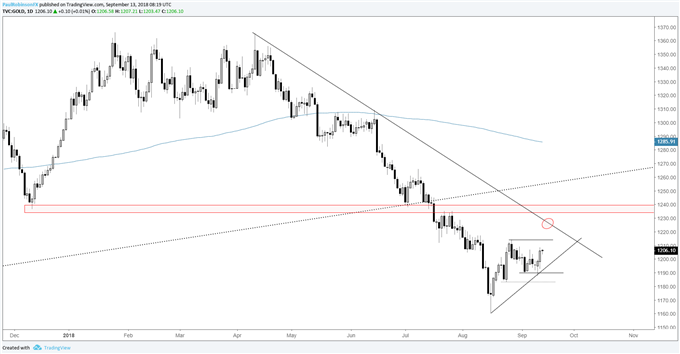 The theme remains the same for silver, staying off the ‘buy’ list among the two major precious metals. With that said, though, there is a confluence of resistance ahead via last month’s low and the June trend-line, that if broken could spur momentum and give traders a reason to trade from the long-side. Resistance is also viewed as a backstop for shorts.

Learn more about how gold and silver trade with one another in this peice on trading the gold/silver ratio.