When we last checked in on crude oil prices at the end of September, it was noted that “it is our base case scenario that the persistent supply-demand imbalance that has defined energy markets throughout 2021 will continue, which helps keep intact the bullish fundamental argument for the next few months. As a result, while a break to fresh yearly highs may be around the corner for crude oil prices, there is a near-term warning sign to be concerned about.”

Indeed, crude oil prices moved sideways for a few more days after our September forecast update before ultimately churning up to new yearly highs, and now in the second week of October, fresh yearly highs have been found again – in fact, the highest levels since October 2014.

While the fundamental argument continues to be bullish, there are some technical concerns that have emerged that suggest that the recent crude oil price rally is starting to look overextended, consistent with recent episodes that have coincided with near-term tops for a few days. That’s to say that if crude oil prices pullback soon, it would still be setting up another ‘buy the dip’ opportunity.

Crude oil prices have a relationship with volatility like most other asset classes, especially those that have real economic uses – other energy assets, soft and hard metals, for example. Similar to how bonds and stocks don’t like increased volatility – signaling greater uncertainty around cash flows, dividends, coupon payments, etc. – crude oil tends to suffer during periods of higher volatility. 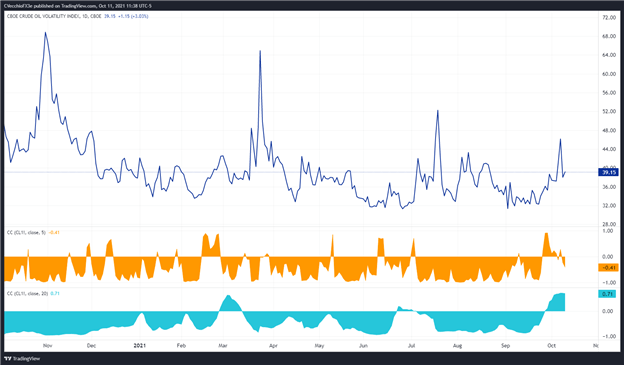 Oil volatility (as measured by the Cboe’s gold volatility ETF, OVX, which tracks the 1-month implied volatility of oil as derived from the USO option chain) was trading at 39.15 at the time this report was written.

Oil volatility continues to persist around levels experienced going back to 2019, suggesting normal price action in energy markets (despite what news headlines are suggesting otherwise). 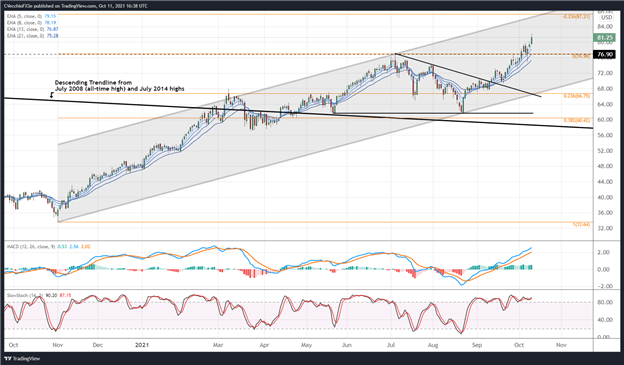 Crude oil’s technical structure remains broadly constructive. Crude oil prices are above their daily 5-, 8-, 13-, and 21-EMA envelope, which is in bullish sequential order. Daily MACD continues to extend its climb above its signal line, while daily Slow Stochastics remain in overbought territory. 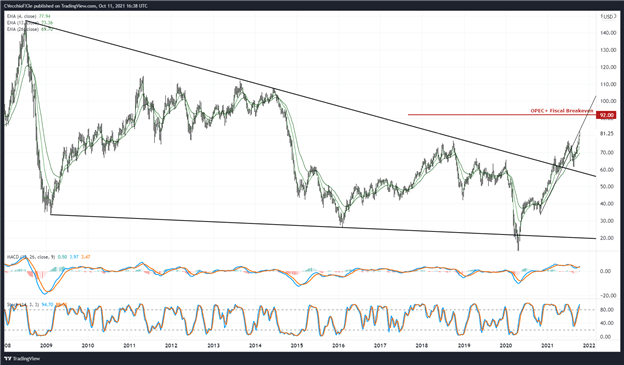 In late-September it was noted that “another upside move is due before the end of the year. As such, the longer-term technical posture remains bullish. A doubling of the multi-month sideways range (76.98-61.56) suggests a measured move up to 92.40, which puts crude oil prices on track to reach the OPEC+ fiscal breakeven of 92.00 before the end of the year.” Crude oil prices may be hitting a near-term inflection point, however, with the backside of the rising trendline from the November 2020 and May 2021 lows coming into play at 82.60 in the coming week. 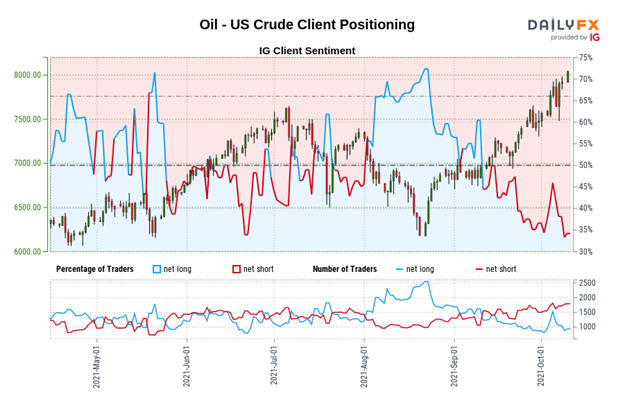 Positioning is less net-short than yesterday but more net-short from last week. The combination of current sentiment and recent changes gives us a further mixed Oil - US Crude trading bias. 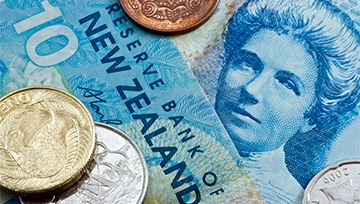