The Japanese Yen has faced significant headwinds in recent weeks, as climbing sovereign bond yields put the carry-trade back in vogue. This dynamic looks set to endure over the near-term and may open the door to further losses for JPY. Here are the key levels for AUD/JPY, GBP/JPY and USD/JPY rates. 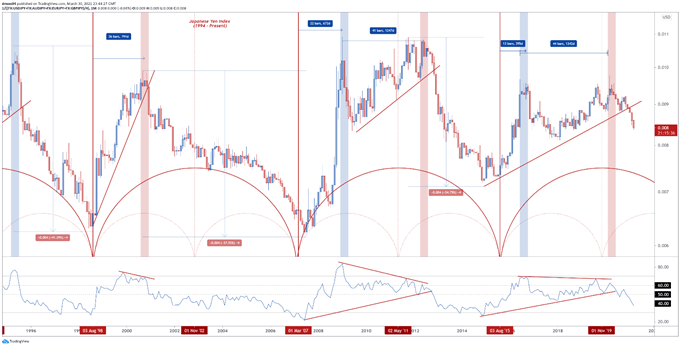 The chart above highlights the cyclical pattern displayed by the Japanese Yen over the past 37 years, with the currency largely adhering to what appears to be an 8-and-a-half year rotation. JPY set significant bottoms against its major counterparts in late 1998, early 2007 and late 2015.

After bottoming out, the haven-associated currency then seems to outperform early in the cycle, with key highs posted roughly two years after the 1998 and 2007 lows.

Although the Yen soared to its initial cyclical high just 13 months after the start of the period, the development of price over the last five years looks strikingly similar to the previous bullish cycle.

With that in mind, the convincing break below uptrend support extending from the December 2014 low – combined with the RSI snapping its 73-month uptrend and sliding to its lowest levels in six years – may foreshadow extended losses for JPY in the coming months.

Cycle analysis suggests that the currency could fall an additional 25% from current levels before bottoming out in early 2024. 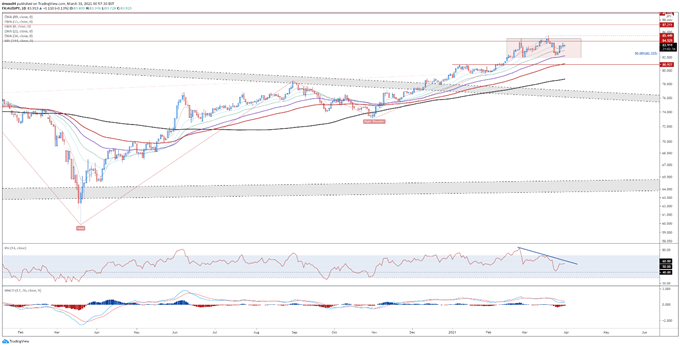 AUD/JPY rates have range traded for the majority of March, with psychological support at 82.00 and resistance at 85.00 containing price action within a Rectangle consolidation pattern.

Bullish moving average stacking, in combination with both the RSI and MACD tracking above their respective neutral midpoints, suggests that the path of least resistance is skewed to the topside.

However, price may also be in the process of carving out a bearish Head and Shoulders reversal pattern, with the inability to gain a firm foothold above the February high (84.95) leading to the formation of the pattern’s right shoulder.

This could foreshadow a change in trend for AUD/JPY and trigger a short-term pullback towards the 50% Fibonacci (82.32). Clearing that would bring former resistance-turned-support at the January high (80.93) into the crosshairs.

That being said, a daily close above 85.00 would refute this possibility and probably signal the resumption of the primary uptrend, with the next key resistance level coming in at the January 2018 low (87.21). 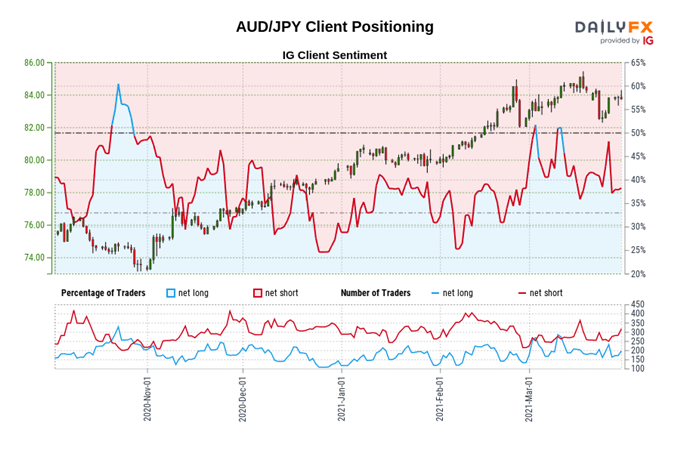 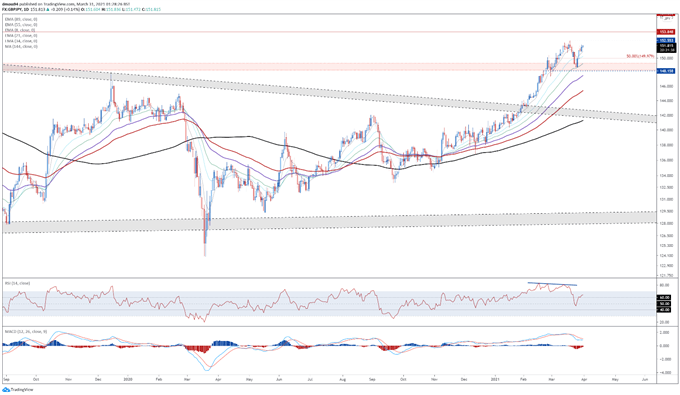 GBP/JPY rates have surged higher in recent days, climbing over 2.3% after sliding to test the 34-EMA (149.23) for the first time this year. Although the formation of the moving averages and MACD signal bulls are in control of the exchange rate, bearish RSI divergence suggests that the recent surge higher could be running out of steam.

With that in mind, a counter-trend correction back towards psychological support at 150.00 could be in the offing if resistance at the yearly high (152.55) remains intact. A convincing break below the 50% Fibonacci (149.98) probably clearing a path for sellers to drive the exchange rate back towards the monthly low (148.53).

Alternatively, penetrating the yearly high (152.55) would probably intensify buying pressure and clear a path for prices to probe the April 2018 high (153.85). 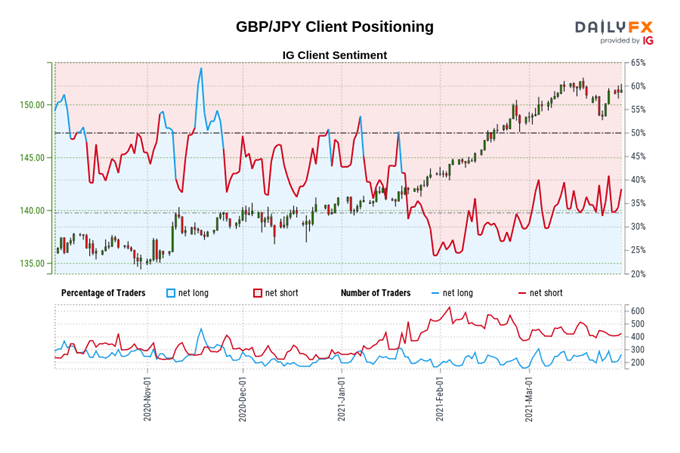 Positioning is more net-short than yesterday but less net-short from last week. The combination of current sentiment and recent changes gives us a further mixed GBP/JPY trading bias. 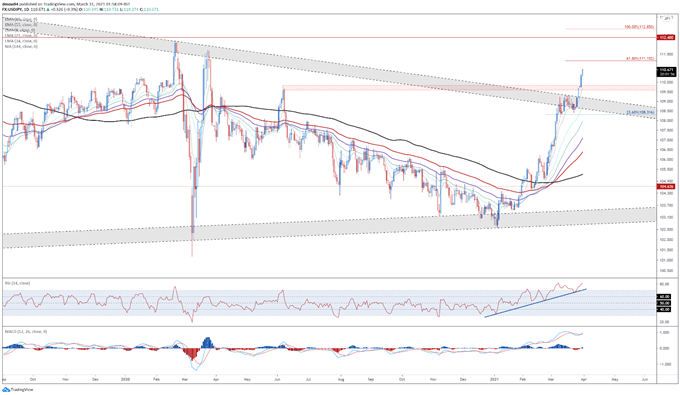 The USD/JPY exchange rate looks poised to continue storming to fresh yearly highs, as prices slice easily through the 110.00 mark and validating the topside break of the downtrend extending from the 2015 highs.

However, should price stumble at the 111.00 mark, a short-term pullback towards former resistance-turned-support at (109.85) could be in the offing. 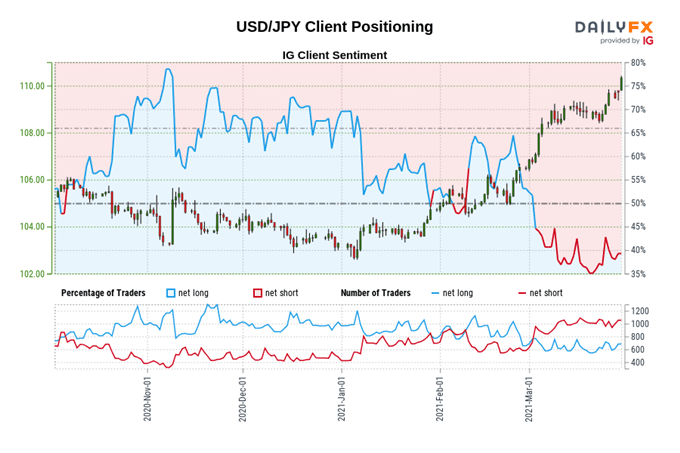