The Japanese Yen shows some sign of unaccustomed strength against the US Dollar but it might be wise not to put too much faith in these. 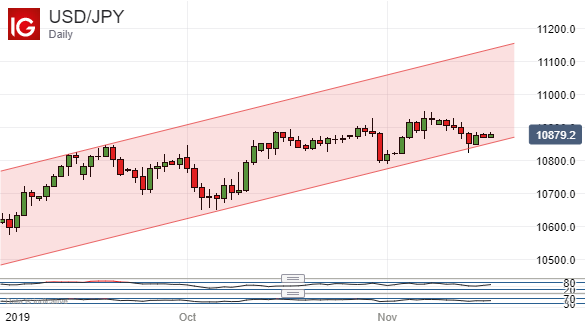 Even though the channel remains secure when it comes to daily closes, the uptrend shows clear signs of exhaustion with the rate having retreated quite sharply from its recent high and trailing back to two-week lows.

Still, the Dollar’s run higher has been quite impressive, and it still seems most likely that what we are seeing here is a pause for breath rather than the harbinger of any significant reversal. That could be the case even if the uptrend channel is abandoned on a daily close.

It’s worth noting that the chart also contains evidence of a pennant formation, even as the Dollar appears to wilt. 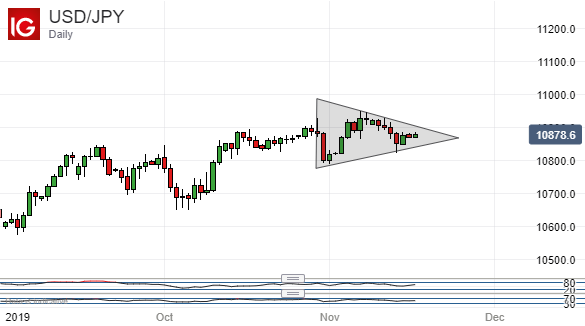 This often-telltale combination of convergent up- and downtrend lines is usually seen as a continuation pattern. In this case that would suggest a return to a rising Dollar once it plays out. Of course, this cannot be conclusive. Traders may want to take out a little more downside protection in any event given the clearly weakening daily chart bias.

Keep a close eye on channel support. Its fate over the next few days could be a key indicator.

The Japanese Yen may have strengthened more durably against the Australian Dollar thanks to the broad combination of factors which weakened the latter last week. 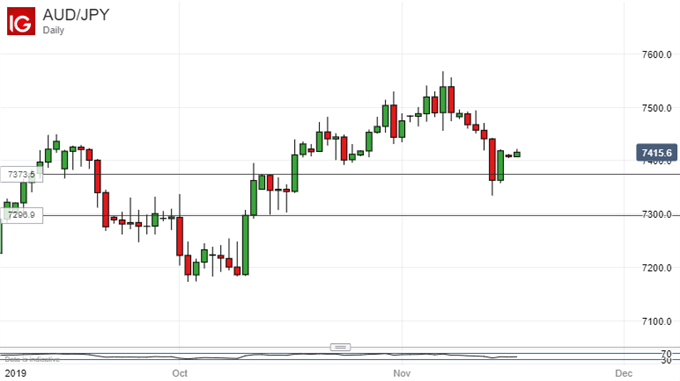 However, that weakness has so far been contained by a band of support from October 11-17 which was quickly traded out of at the end of last week and has not been revisited since. It seems probable that this is a formidable short-term barrier for the bears and, while it holds Aussie Dollar bulls can remain hopeful of at least a correction higher.