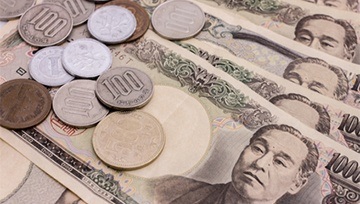 The Japanese Yen has kept the US Dollar well below its recent 2018 peaks, but a well-respected USD/JPY uptrend is hanging on, albeit barely. 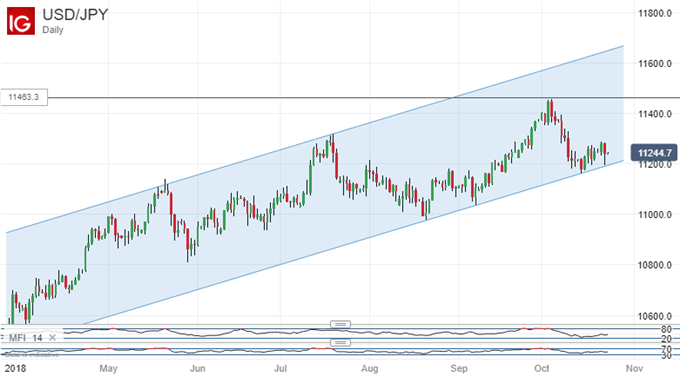 At present the broad upward channel that has contained all USD/JPY trade since the lows of late March continues to hold sway, but Dollar bulls cannot be entirely comfortable with the fact that its top has not been tested since mid-July. Still, they have managed to defend the channel base quite doggedly, with the most recent attempt having failed on Monday of this week.

It was a close-run thing, though, and the uncommitted may wish to wait on this week’s close to see if the trend can endure. If it can the first order of business must probably be to reclaim mid July’s peaks in the 113.05 region. It seems likely that a solid base there will be needed before the market can dream of another try at October 4’s top of 114.64 –also the year’s high.

Fundamental interest-rate differentials suggest that the Dollar should probably be able to retake that level and move higher in due course. But the glowering prospect of trade conflict and the Yen-favoring haven bids it can bring are muddying those waters.

To the downside, that channel base lurks perhaps uncomfortably close to market, at 11.86 or so. If that breaks the Dollar could easily find itself in further trouble with support perhaps scant until 110.74. That’s the 38.2% Fibonacci retracement of the rise up from the lows of March to this year’s highs. Probably not coincidentally, the uptrend channel’s base is now just about spot on the first, 23.6% retracement point.

Still, the trend is probably still worth playing on a short-term basis if it can endure past this week’s close.

USD/JPY may also face some downward drag from EUR/JPY. The single currency has broken decisively below its old trading range against the Japanese unit in the past week.

Euro bulls seem to be defending September’s lows in the 128 region but they have their work cut out and August’s trade in the 125 regon will probably beckon again if they fail.