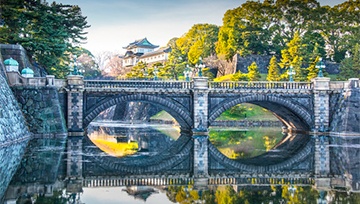 The Japanese Yen remains on the back foot against a US Dollar as both currencies to some extent compete in a ‘battle of the havens.’

With the fundamental backdrop clearly still darkened to a great degree by tariff-raising between China and Beijing, and broader worries about trade, flight to quality trades still favor both the US and Japanese currencies.

However, the US Dollar seems to be having the best of this at present. USD/JPY remains well above the broad, daily-chart uptrend line which has been with us since late March. That line has survived two quite recent tests, one in late August and another earlier this month. 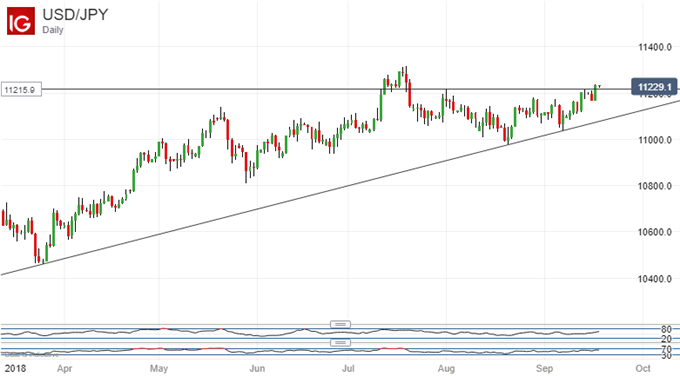 Indeed. since that last test, on September 7, the Dollar has taken off quite sharply. USD/JPY has topped its previous significant peak. That was August 29’s intraday top of 111.82.

However, while the uptrend is clearly worth playing with USD/JPY still so far above it, US Dollar bulls will still have their work cut out to sustainably claw back the ground lost in the sharp falls of July 18-20. If they can, they will take the pair back up to July 13’s 113.12, which is effectively the year’s peak, but I would expect some selling to kick back in around that level.

As if to emphasize the rather binary, risk-appetite related trading now taking place across the foreign exchange complex, similar patterns of reltively recent new strength can be seen in many currencies against the Japanese Yen. Even the battered Australian Dollar is exhibiting a little of this.. That cross fell below a quite well established trading range at the end of August, but has since inched its way back up into that area.

Still, the previous significant highs remain above the current market. Aussie bulls will need to top them, and they come in at 81.82. Failure to get there soon could well mean that September’s lows are revisited.