Find out what retail foreign exchange traders make of the Japanese Yen’s chances right now at the DailyFX Sentiment page.

The Japanese Yen is coming under renewed technical pressure against the US Dollar, the greenback having bounced quite convincingly from key support.

USD/JPY’s recent decline was arrested at the end of May when it reached 38.2% Fibonacci retracement of its rise up from the lows of March to the peaks of May 21. That came in at 108.80 and, although USD/JPY did get below this, it didn’t get far and that level broadly contained its fall. 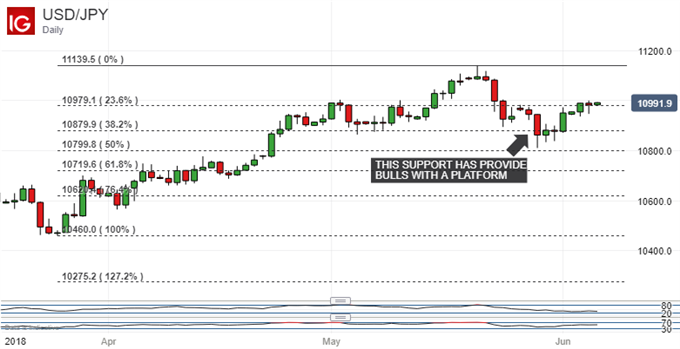 US Dollar bulls now seem to have made that level a platform for a modest fightback, with an uptrend channel now well in place on the daily chart. The channel top is at 109.98 or so currently and seems to have survived another upside test.

However, the downside barrier remains comfortingly far off for bulls, at 109.04, nearly a full Yen below current levels. 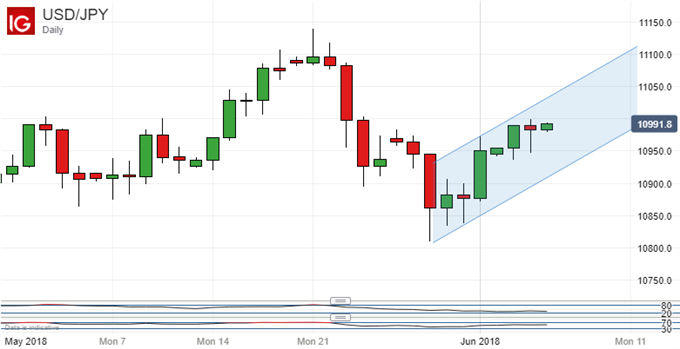 Momentum indicators don’t look at all stretched and the pair’s simple moving averages don’t suggest anything untoward so it could be wise to play this channel for now. One risk might be that the most recent failure at the upside sets up instead a broad range trade which eventually would negate the channel, but it is too early to say whether or not this will be the case. 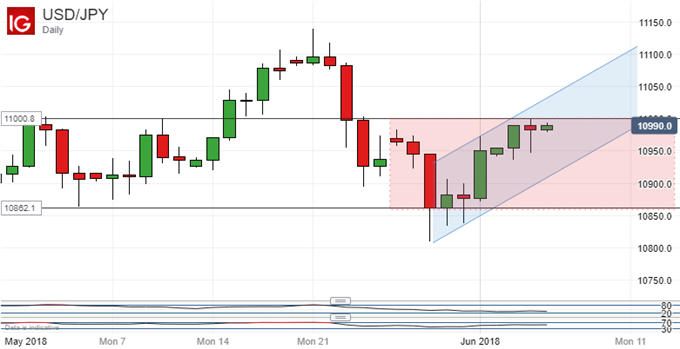 Similar bounces are evident on the daily charts of many Japanese Yen crosses. They can certainly be seen in the cases of both EUR/JPY and GBP/JPY.

GBP/JPY bulls have built nicely on their bounce, which took place in late May in the 143.88 area.

That said they still have much work ahead of them if they are going to fully make back all the ground they lost in the dramatic sequence of falls seen between May 18 and May 29. At present, it doesn’t seem as if they have that sort of vigor, although a rise above the long, falling candlestick of May 23 might suggest that they were acquiring it. The Pound would have to get above 148.85 and stay there to confirm this, however, and that remains some way off to the upside.