The Bank of Canada’s continued hawkish bias may be helping insulate the Canadian Dollar despite the sharp sell-off in energy prices earlier this week. As noted previously, “the drop in crude oil prices and natural gas prices has proved a meaningful headwind for the Loonie, as have growing concerns that the global economy is starting to slow.”

Still, the technical picture has not eroded meaningfully. CAD/JPY rates remain in a symmetrical triangle following an uptrend, while USD/CAD rates have turned lower from significant resistance carved out in recent months. 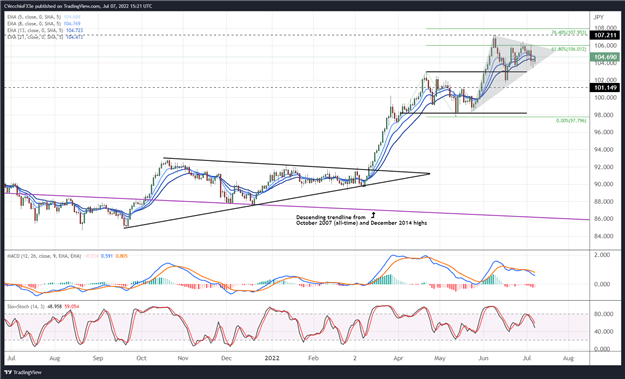 CAD/JPY rates pulled back over the past month after breaking their December 2014 high, trading to their highest level since February 2008. But support was found at former resistance of the range that began in April 2022, suggesting that the technical posture remains bullish. The aforementioned range called for a measured move higher above 108.00, which has not yet been achieved, thus exists the potential for another swing higher before exhaustion transpires. A move back above the June high at 107.21 would offer a strong confirmation signal that the next leg higher has commenced, targeting the 100% Fibonacci extension of the March 2022 low/April 2022 high/May 2022 low range at 111.09. 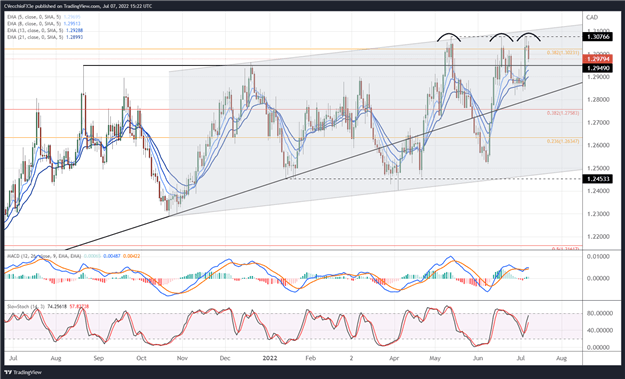 Once again, USD/CAD rates reached resistance and turned lower against 1.3077, a purported double top – now triple top? – after weathering the recent bout of USD strength and energy prices weakness. Momentum remains bullish – USD/CAD rates are above their daily EMA envelope, which is in bullish sequential order, daily MACD is trending higher through its signal line, and daily Slow Stochastics are moving towards overbought territory – but a move below the daily 5-EMA and former resistance around 1.2950 would suggest a short-term drop towards 1.2800 is in play. A close above 1.3077 would negate this perspective, setting up a fresh bullish breakout opportunity. 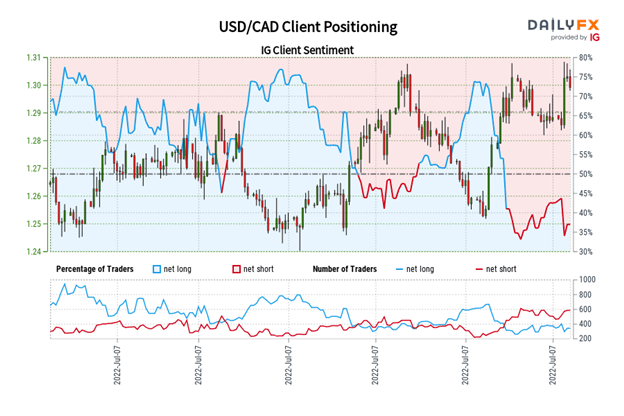