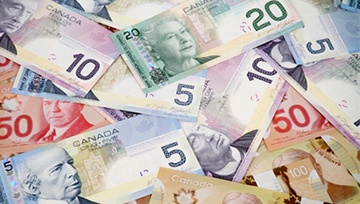 Last week it was noted that the upcoming slate of Canadian economic data may provide “an opportunity to ‘buy the dip’ in CAD/JPY rates, or conversely, ‘selling the rally’ in USD/CAD rates.” Indeed, with the January Canada employment change report and unemployment rate disappointing expectations, weakness was seen in the major CAD-crosses.

Alas, the storm may have passed for the Loonie. A continued push higher by interest rates in developed economies has safe haven currencies on their backfoot, while gains by crude oil prices continue to make the Canadian Dollar an attractive proxy. The recent range carved out by USD/CAD rates may soon yield a bearish breakout opportunity, while CAD/JPY rates may soon have the chance to trade to multi-month symmetrical triangle resistance. 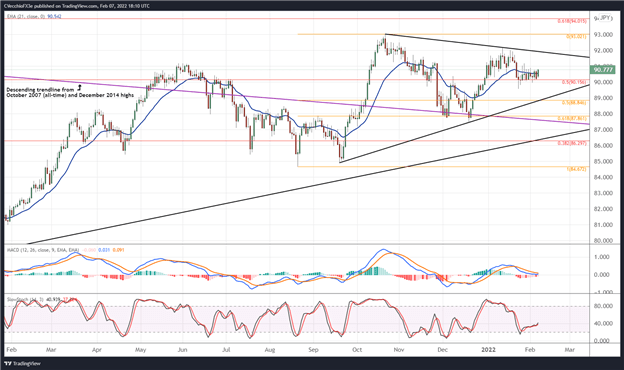 CAD/JPY rates have been grinding sideways for the past two weeks, still trapped within the confines of a symmetrical triangle that has been carved out since September 2021. It remains the case that “as the preceding move was higher, the ultimate resolution of the symmetrical triangle is eyed for a bullish breakout – consistent with the bigger picture rally above the descending trendline from the November 2007 (all-time high) and December 2014 highs.” Furthermore, “CAD/JPY rates are still in the early stages of finding their footing for another attempt to climb through 92.00, ultimately “on course to return to their 2021 high at 93.02 in the coming weeks.” 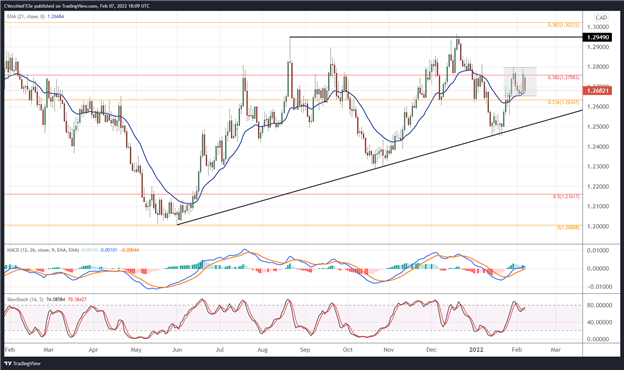 For nearly the past two weeks, USD/CAD rates have been trading sideways between their daily 21-EMA (one-month moving average) and the 38.2% Fibonacci retracement of the 2012 low/2016 high range, approximately a 150-pip range. Consistent with sideways moves, opportunities for a bullish breakout or a bearish breakout exist simultaneously. Should USD/CAD rates trade higher through 1.2800, the measured move calls for a return to the December highs near 1.2950. Conversely, and what is the preferred direction, a breakdown by USD/CAD rates below 1.2650 would target 1.2500, where the rising trendline from the June and October 2021 swing lows appears. 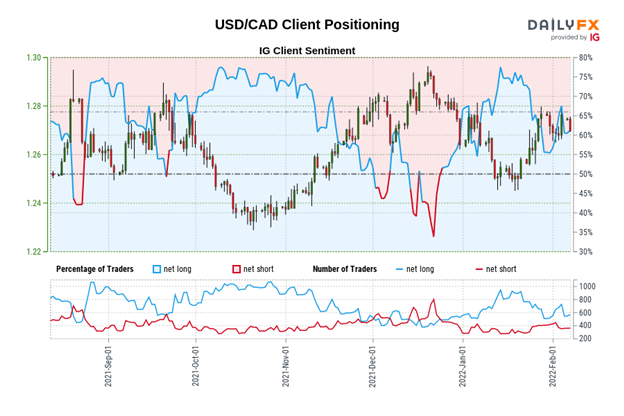