Loonie Out of Breath

The Canadian Dollar’s strong run through October has continued, bolstered by surging energy prices and a favorable data backdrop. The upcoming release of the September Canada inflation rates report may even help propel that narrative that the Bank of Canada will announce another stepdown in its stimulus efforts when it meets later this month. Alas, recent price action in CAD-crosses speaks to near-term exhaustion by the Loonie, which may harken some profit taking in the short-term before the rally resumes. 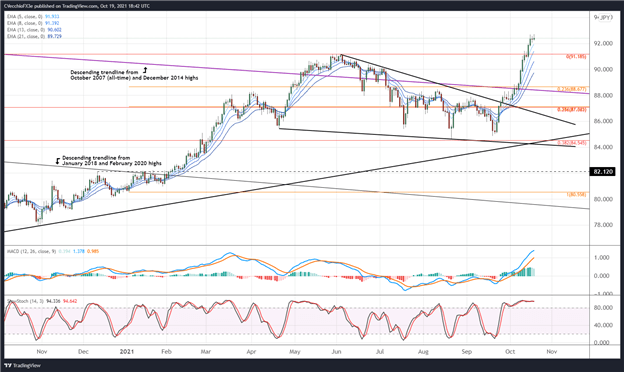 Last week it was noted that “there could be a brief pause in bullish momentum now that the bullish falling wedge has been completed – but momentum indicators that, directionally, the bias remains higher.” The pause in the CAD/JPY rate rally was brief, with the pair returning to its daily 5-EMA before resuming its climb.

Overall, bullish momentum remains firm and the pair remains in ‘buy the dip’ mode. CAD/JPY rates are above their daily 5-, 8-, 13-, and 21-EMA envelope, which is in bullish sequential order. Daily MACD is continuing to stretch higher above its signal line, while daily Slow Stochastics are persisting in overbought territory.

A similar setup to last week’s pause may be emerging. The shooting star candle on the daily timeframe see traders selling CAD/JPY on rallies above 92.50, with wicks forming above said level each of the past three trading sessions. If a return back to the daily 5-EMA is in the cards before continuation higher, then CAD/JPY could fall back below 92.00 in the coming days. 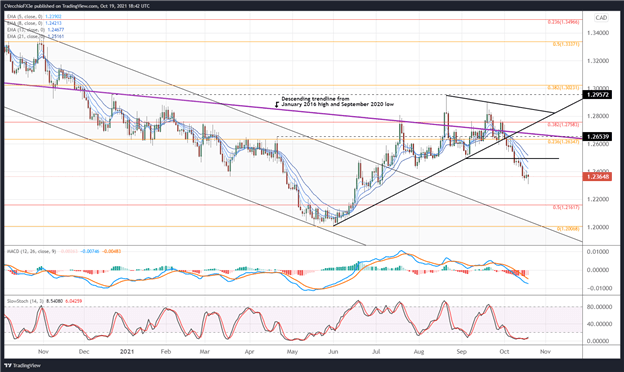 The turnaround in the Canadian is more prominent in USD/CAD than CAD/JPY, which speaks volumes about potential incoming CAD weakness considering that the DXY Index is still struggling. The hammer candle suggests a reversal higher may be coming; a round of profit taking for shorts after breaking below the September low.

For now, a rebound may setup another opportunity to sell USD/CAD rates as the momentum structure remains bearish. USD/CAD rates are below their daily EMA envelope, which is in bearish sequential order. Daily MACD is trending lower below its signal line, while daily Slow Stochastics are holding in oversold territory. It remains the case that “deeper losses should be anticipated over the coming weeks.” 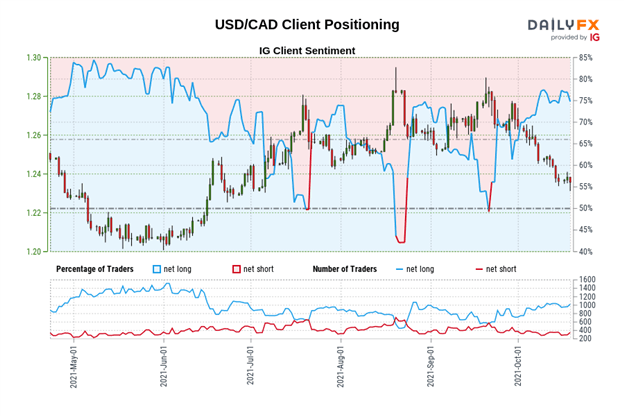