The Canadian Dollar’s stability over the past two months, following the dramatic plunge in energy markets amid the fallout from the coronavirus pandemic, may finally be giving way to a more directional, bullish move. The sustained rebound in WTI crude oil prices, the North American benchmark, as well as Canada’s Western Canadian Select oil prices, has allowed the energy-sensitive the Loonie an opportunity to further retrace lost ground from its 2020 highs.

Traders have reconsidered their stance on the Bank of Canada. Less than a week ago, there was a 55% chance of a 25-bps interest rate cut in December 2020, according to Canada overnight index swaps. But the concurrent moves in global equity and energy markets has laid a more supportive foundation from which the Canadian Dollar can work, leading traders to cut their bets on a more aggressive BOC. To this end, there is only an 11% chance of a 25-bps rate cut through December 2020, a sharp decline from last week. 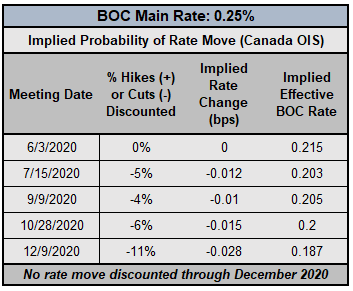 And so, the Bank of Canada’s efforts along the interest rate front may be complete after all. While the BOC has cut the main interest rate to an all-time low of 0.25%, there have been some signals to the market that it may not be done yet (see: April BOC meeting). If the BOC does anything else, it may not be to cut interest rates to zero – or to negative territory. 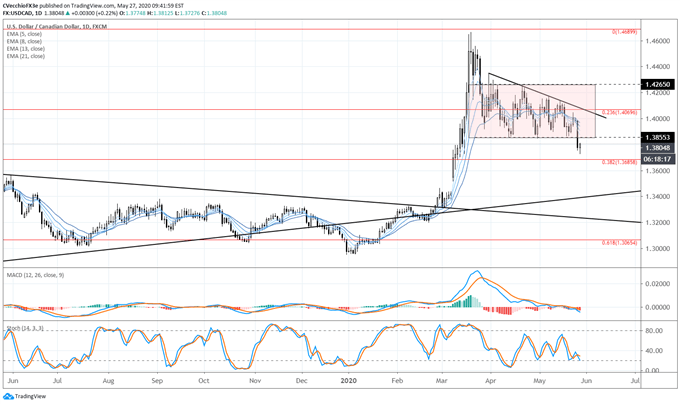 In the last USD/CAD rate forecast, it was noted that “USD/CAD rates have been rangebound between 1.3855 and 1.4265 since the end of March, and until this range breaks, there’s little reason to believe a significant move is nearby.” A break to the downside transpired on May 26. Given the range (410-pips), the measured move calls for a downside target of 1.3445.

To this end, USD/CAD rates are now below their daily 5, 8-, 13-, and 21-EMA envelope – which happens to be in bearish sequential order. Daily MACD’s decline into bearish territory below the signal line appears to be accelerating, while Slow Stochastics have started to drop back into oversold territory.

Should USD/CAD rates return back through range support at 1.3855, it would create the potential for a false breakout and thus a return to the other side of the consolidation, resistance at 1.4265. 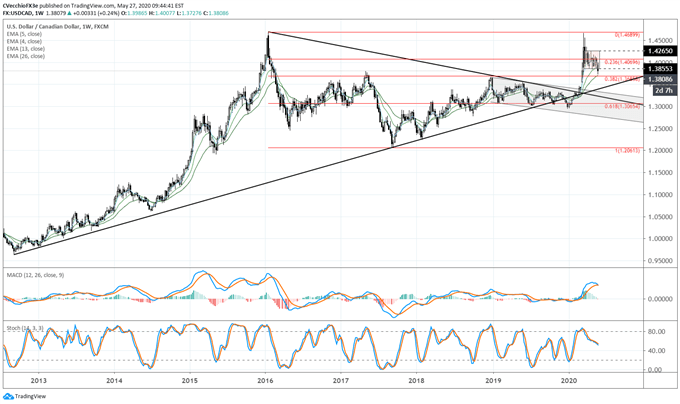 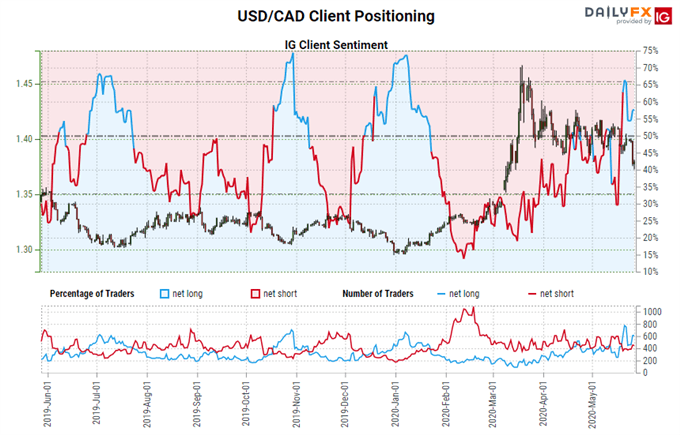 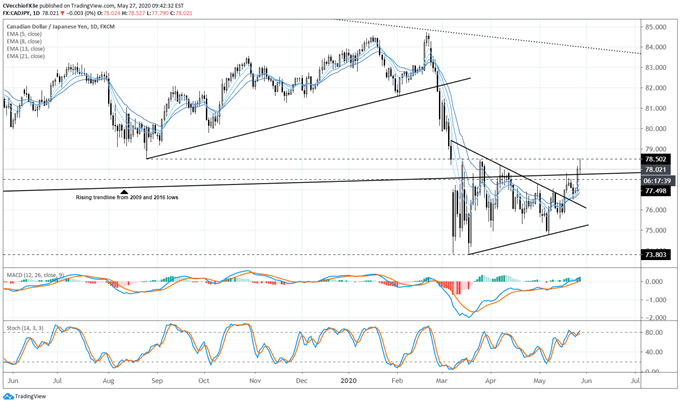 For the past several weeks, and once more in the prior CAD/JPY rate forecast update, it was noted that “CAD/JPY rates have not been able to climb back above the rising trendline from the 2009 and 2016 lows – support for the past decade. Failure to re-establish itself through the August 2019 low at 78.50 is a necessary precursor to any trades taken from the long side, in this strategist’s opinion.” CAD/JPY rates hit a high of 78.50 earlier today – we could be on the cusp of clearing out the first hurdle to validating the idea that the bottom is in for CAD/JPY. 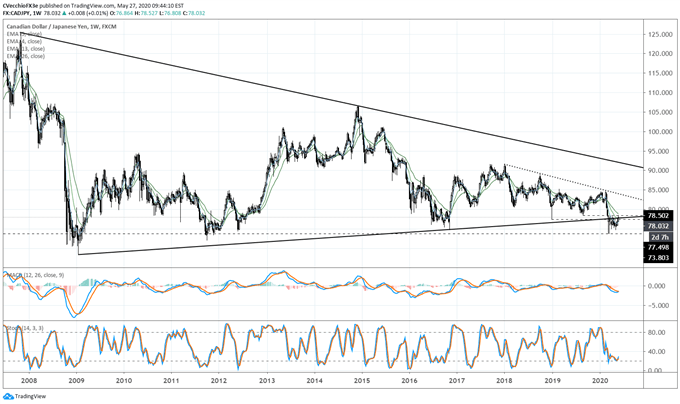