Earlier this week, Stephen Poloz, Chief of the Bank of Canada spoke and appears to have taken a potential April hike from the BoC off the table. Poloz’s focus was on untapped potential or ‘slack’ in the CA labor market yet to be realized, which a higher rate hurting the possibility of the potential being realizing.

Two months ago, when USD/CAD was trading near 1.2450, the probability of a hike at the April meeting was sitting at near-70% odds. As of Wednesday, the probability for a hike fell to 24% as seen per the blue line below. 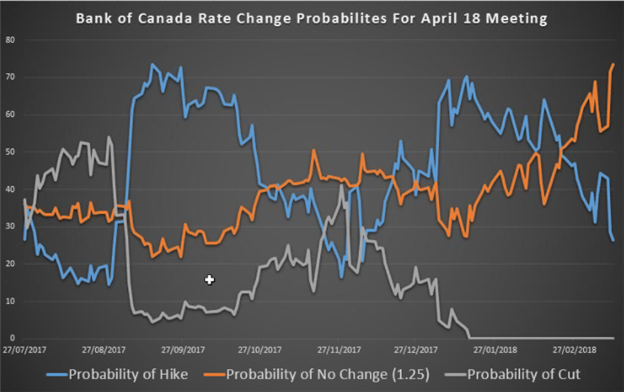 South of the US/CA border, banks are now setting four rate hikes by the Federal Reserve as their base case scenario, which shows that monetary policy divergence is back on the table between two key trade partners as bets on BoC hikes are being scaled back. BlackRock, the world’s largest money manager is projecting just one hike by the BoC for 2018.

Add to the lack of conviction of a tightening Bank of Canada in 2018, there remains building uncertainty around the resolution of NAFTA. The exemption granted to Canada and Mexico from Trump’s tariffs on the metals steel and aluminum are seen as a bargaining chip on NAFTA negotiations that are in process.

Technical Focus on the Canadian Dollar – USD/CAD Holding Near 1.3000 For Now

USD/CAD has again traded into critical resistance this week between 1.2916 and the psychologically critical 1.3000 without breaching the later. Momentum would favor a breakout higher, which would like signal a regime shift toward a stronger USD, at least against the Canadian Dollar.

USD/CAD can look to the 21-DMA at 1.2805 that aligns with a trendline drawn off the February low as key support. A hold above this support and subsequent break of pre-mentioned resistance would likely favor a move to 1.3161 (161.8% Fibonacci extension off January 31 low,) which is also in alignment with the 61.8% retracement of the 2017/18 price range and trendline drawn of the 2016/2017 highs. 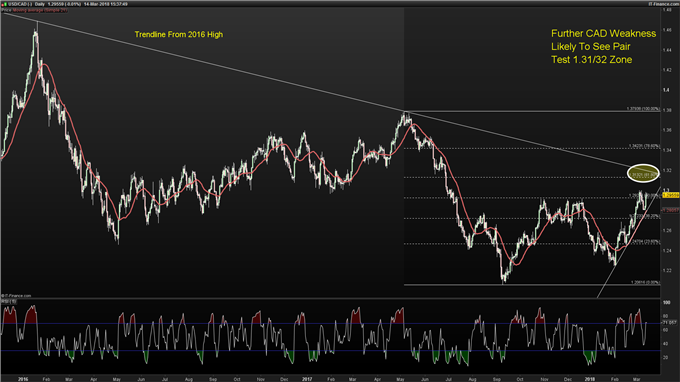 Learn about Trading With Fibonacci Analysis

Unlock our Q1 forecast to learn what will drive trends for the US Dollar at the 2018 open! 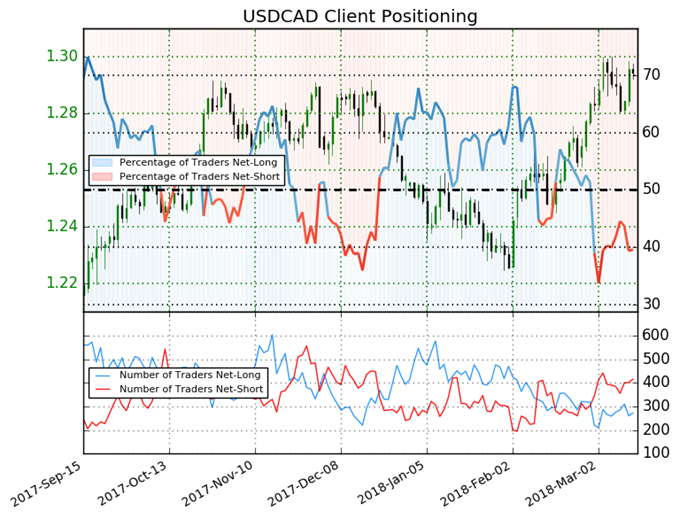