US Dollar Forecast: Time to Fade the DXY Index Rally?

US Dollar Turns Lower in a Meaningful Way

The US Dollar (via the DXY Index) remains above the uptrend off the January swing lows, but something is amiss. The technical development at the end of last week (more below) suggests that the recent rally may be running out of steam. The largest component of the DXY Index, EUR/USD, has duly rebounded at critical support, while the resilient post-Brexit GBP/USD remains in bullish breakout territory. Now that a $1.9 trillion US fiscal stimulus deal is coming into focus, the theme of ‘negative real US yields’ is proving to be an albatross around the US Dollar’s proverbial neck.

US Economic Calendar Not That Busy

With attention on the Capitol for the second Trump impeachment trial as well as the US fiscal stimulus negotiations, news-driven event risk remains high for USD-pairs. However, the economic calendar is thinner in the coming days, a bit of a hangover after the January US NFP report.

The forthcoming January US inflation rate (CPI) report release may not drive markets given that the Federal Reserve has said that they will look through the expected temporary rise in inflation rates due to a base effect in the data. Any upside that the US Dollar may enjoy on the back of higher inflation rates could quickly be tempered by Fed Chair Jerome Powell’s speech on Wednesday, which will likely reiterate the policy of ‘lower for longer.’ 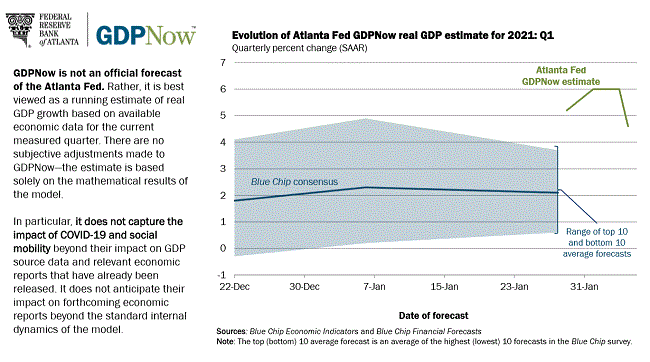 Based on the data received thus far about 1Q’21, the Atlanta Fed GDPNow forecast is looking for growth at +4.6% annualized. The estimate has fallen in recent weeks, from its +6% peak at the end of January, consistent with the deterioration in US economic data seen at the start of 2021. The next 1Q’21 Atlanta Fed GDPNow forecast will be released on Wednesday, February 10. 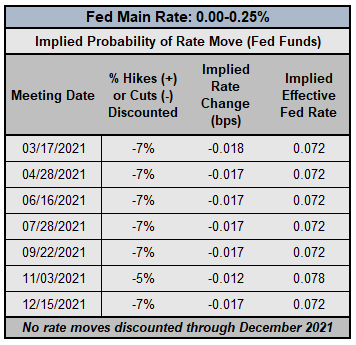 The Federal Reserve has firmly pushed back against nascent taper tantrum fears, with Fed Chair Jerome Powell making clear that the FOMC was in no hurry to shift course. As long as Fed Chair Powell is at the helm, the FOMC will stay the course, with the intent of keeping interest rates low through 2023. Fed funds futures are pricing in a 93% chance of no change in Fed rates in 2021. Fed Chair Powell’s speech on Wednesday, February 10 has a chance to stir volatility, perhaps more than usual, given the fact that there is no FOMC meeting this month. 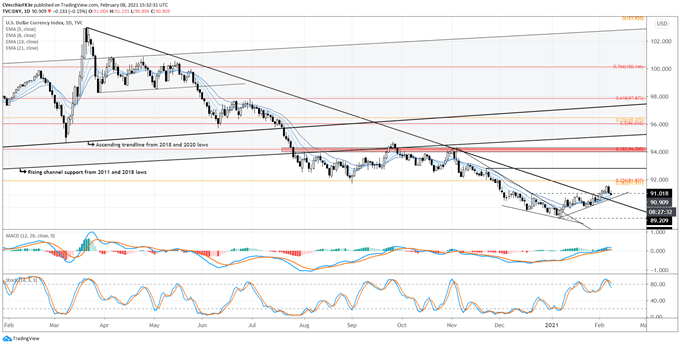 The DXY Index remains above the downtrend from the March and November 2020 highs, but not all is sanguine. The bearish outside engulfing bar on Friday occurred at a relative high, carving out a pronounced daily bearish key reversal – a topping candlestick. There has been follow though today, with the DXY Index beginning to break down through its daily EMA envelope.

Signs of momentum turning are evident. As noted, the DXY Index is now below its daily 5- and 8-EMAs. Daily Slow Stochastics have fallen out of overbought territory, while daily MACD has started to turn lower while above its signal line. But for now, the uptrend from the January swing lows remains in place, and will perhaps be tested as meaningful support over the coming sessions. 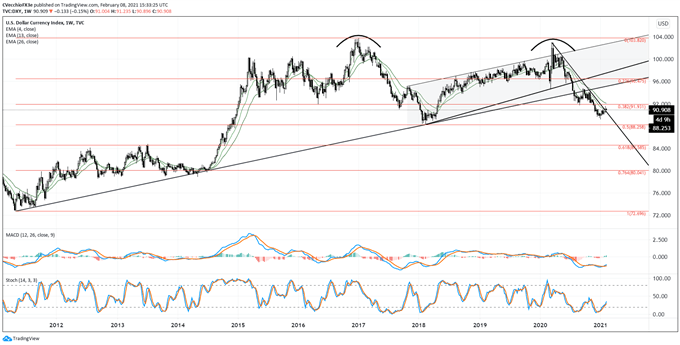 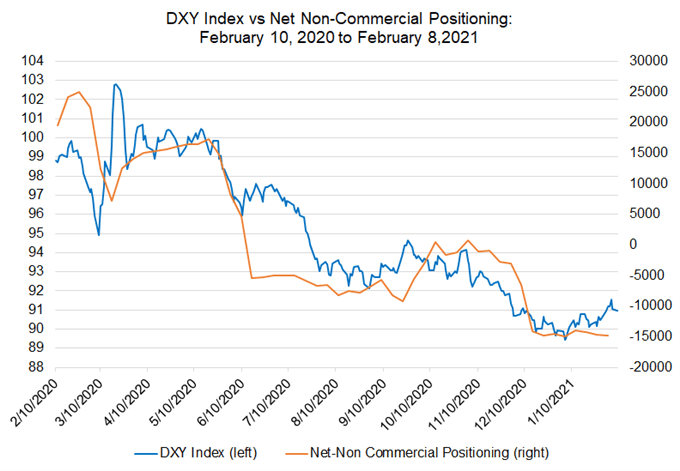 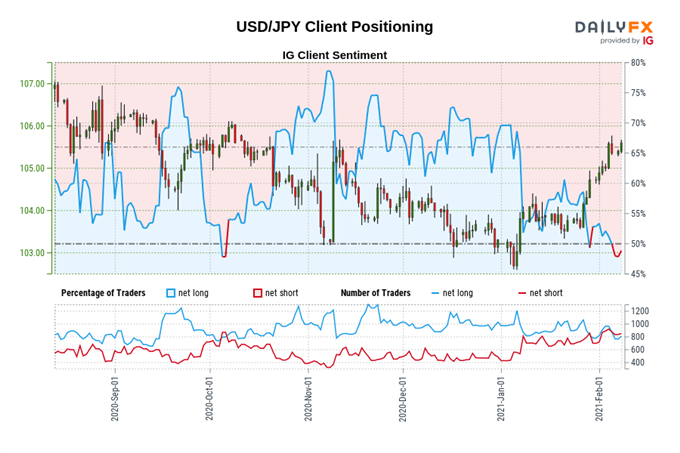