The anti-risk US Dollar may continue to lose ground against its major counterparts, as long-term price analysis suggests a cyclical downturn is in the offing. 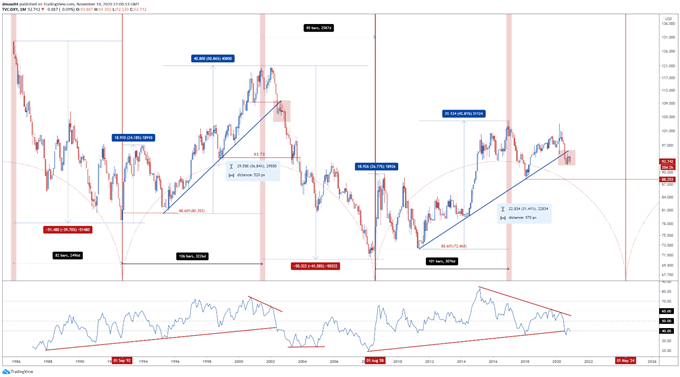 The chart above highlights the cyclical pattern seen in the US Dollar Index over the past 34 years, with the DXY largely adhering to what appears to be a 16-year rotation. The index set significant bottoms in 1992 and 2008.

After bottoming out, price then seems to rebound aggressively early in the cycle, soaring 24.1% and 26.8% in 1993 and 2009 respectively, before pulling back to key support at the 88.6% Fibonacci.

Bearish RSI divergence in late 2002 seemed to signal the end of the US Dollar’s bull run and triggered a shift in overall market sentiment, as price collapsed through uptrend support and fell 41.6% to eventually bottom in March 2008.

Recent price action and the development of the RSI is strikingly similar to that seen in the fourth quarter of 2002 and could be indicative of further downside for the DXY, as price carves out a Bear Flag continuation pattern after breaking below the uptrend extending from the 2011 low.

To that end, the haven-associated currency could be poised to drastically extend its recent declines against its major counterparts, with cycle analysis suggesting USD could fall a further 30% from current levels before bottoming out in mid-2024. 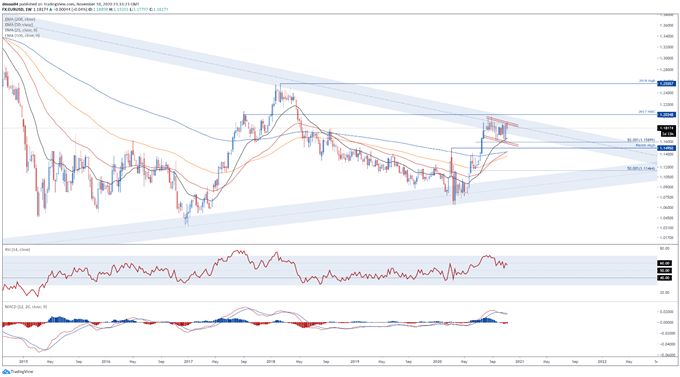 Weekly EUR/USD price action also hints at further losses for the Greenback, as price carves out a Bull Flag continuation pattern just below key psychological resistance at the 1.20 mark.

With the RSI and MACD indicator both tracking firmly above their respective neutral midpoints, and the 50- and 200-week moving averages forming a bullish ‘golden cross’ formation, the path of least resistance seems skewed to the topside.

A close above the August high (1.2011) is ultimately needed to signal a resumption of the primary uptrend extending from the March nadir and bring the 2018 high (1.2556) into focus.

Conversely, a break below the 50% Fibonacci (1.1590) would probably invalidate the bullish continuation pattern and generate a pullback towards the sentiment-defining 200-MA (1.1438). 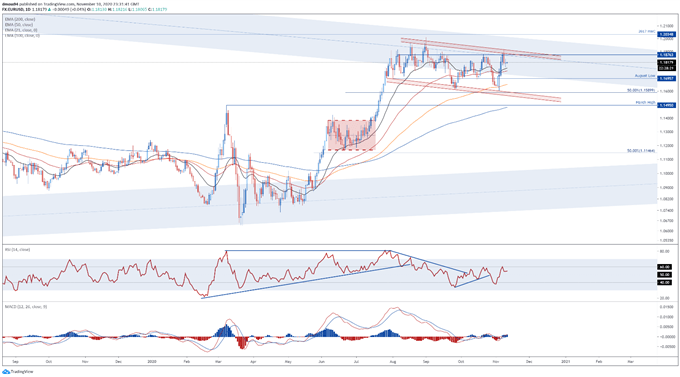 Zooming into a daily chart reinforces the bullish outlook for EUR/USD rates depicted on the weekly timeframe, as price tracks firmly above the trend-defining 50-DMA (1.1753) and key psychological support at the 1.18 mark.

However, the formation of a Bearish Engulfing candle on November 9, in tandem with bearish RSI divergence suggests that the rebound from the monthly low (1.1602) may be running out steam.

That being said, an extended topside push looks likely if support at the 21-DMA (1.1775) remains intact, with a daily close above 1.19 probably igniting a push to test the September high (1.2011). 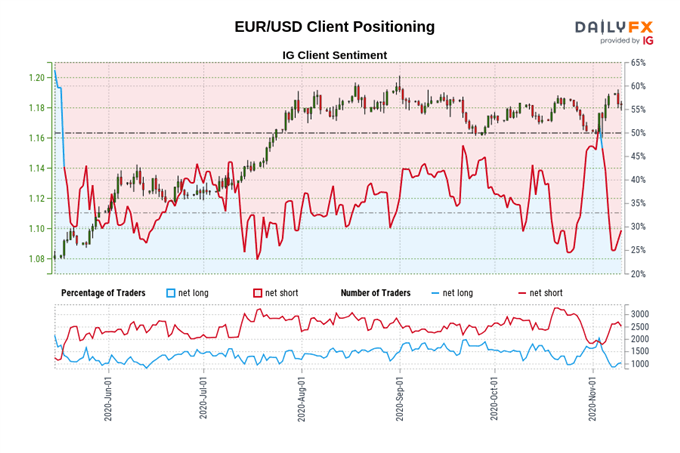 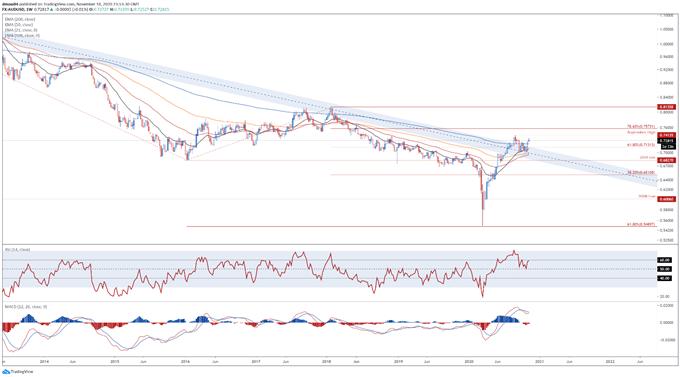 With the RSI eyeing a push above 60 and the MACD gearing up to cross above its ‘slower’ signal line counterpart, the path of least resistance seems higher. 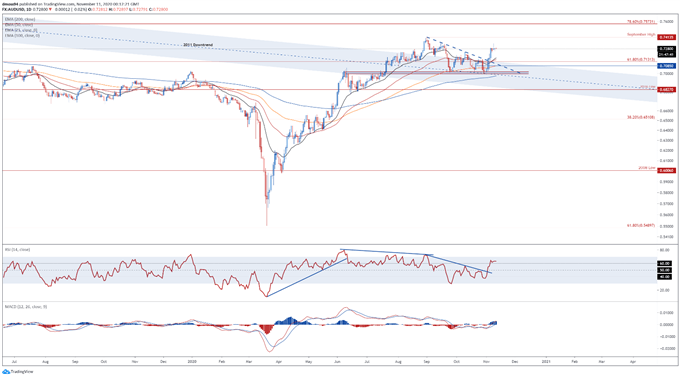 Jumping into a daily chart however, suggests AUD/USD may slide lower in the near term as a series of Doji candles just shy of resistance at 0.7300 indicate that the surge from the monthly low (0.6991) could be running out of steam.

Nevertheless, with price breaking above the Descending Triangle hypotenuse and travelling firmly above all four moving averages, any pullback may prove to be a mere counter-trend correction. 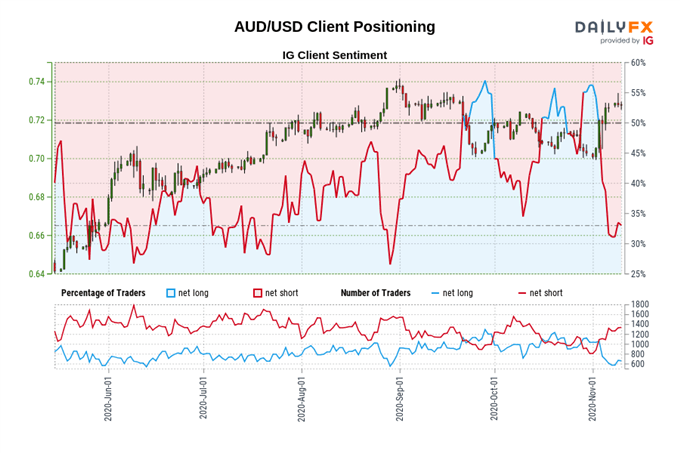