Things appeared to be going well fundamentally speaking for US Dollar Index Bulls. Economic data was surprising to the upside, and the Federal Reserve was sticking to their rate hike forecasts, which has helped to push the US Treasury 2-year yield above 2% for the first time since 2008.

Despite this, the US Dollar has recently traded below the 2017 low and now looks set to approach a polarity point on the chart marked by the Q1 2009 high. Aggressive and volatile capital marked the 2009 high flows sent markets rushing into Treasuries on a ‘world-ending’ capital market scenario that aggressively reversed and saw the US Dollar weaken over the next two years.

A polarity point happens when prior resistance (typically a spike high or series of highs) converts into new support meaning that traders are unwilling to sell below a certain level. The very idea of a polarity point is that the market has a technically new understanding of how a market should trade. When a polarity level breaks, the market is seen entering into a new understanding of the value of that currency.

A key polarity point for the US Dollar Index is the March 2009 high at 89.71. Markets aggressively bid the US Dollar up through this level at the close of 2014 and the markets appeared content to keep the US Dollar at this “new normal” until now.

As the opening range solidifies for the first half of 2018, traders are now seeing the dollar has fallen in good times uniquely ripe to drop further as positive economic data reverts to the norm and likely begins to disappoint against economist’s expectations. It does not matter (at least when looking at the price) that other central banks are not on the same course of 3-4 hikes. What does appear to matter is that capital is flowing to riskier/ higher-yielding assets or repatriating to economies that are looking to taper their QE programs, which is expected to leave the USD further susceptible to weakness.

The key technical level on the US Dollar is the 2018 opening range high that was traded at intraday on January 9 at 92.27. Given the bearish momentum picture, traders would do best to heed the momentum at present and continue to favor further DXY downside for now.

The dollar’s struggles are not going away and flow into other economies argues that weakness will persist. While there were arguments for short-term USD strength, they failed to materialize showing that pressure remains and US Dollar Index weakness remains preferred. 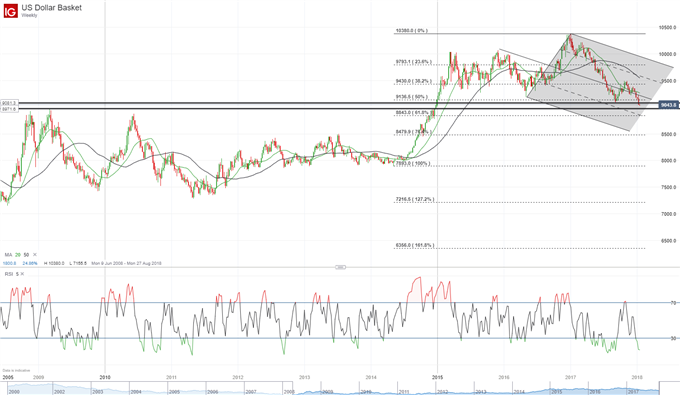 Unlock our Q1 forecast to learn what will drive trends for the US Dollar through 2018's open! 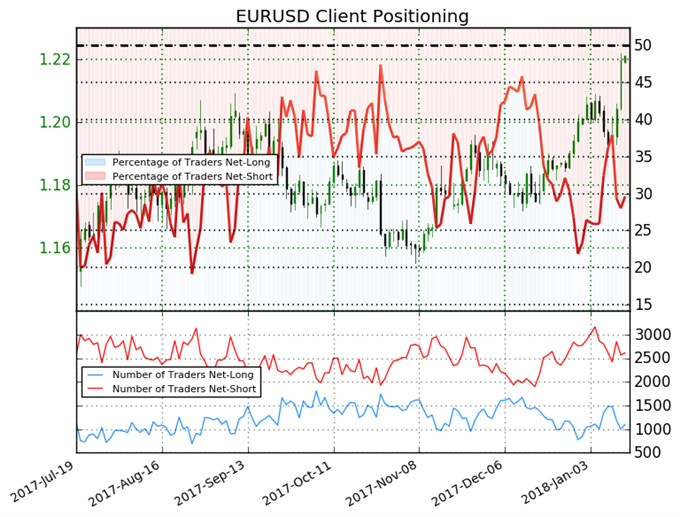