The close of August was high time for US Dollar Bulls. A sharp move higher after Federal Reserve Vice President Stanley Fisher told markets to be on guard for one or two hikes should data continue to hold up seemed to scare many US Dollar shorts out of their positions. However, since those comments landed, the US Data has been soft.

On Tuesday, Non-Manufacturing (Read: Services) ISM came in well below expectations, which followed Friday morning’s disappointing employment print. The US Dollar has since sold-off this morning, as it appears unlikely that such a weak ISM correlates positively to an “overheating” economy that is due to raise rates.

Secondly, a bit more behind the scene is the sharp rise in LIBOR. Recently, the rate surged to a seven-year high. On a relative basis, dollar LIBOR (London Interbank Offered Rate) has soared, which could put pressures on emerging markets and international firms with dollar denominated floating rate debt.

The significance of the rising LIBOR rate is that it means markets are tightening on their own similarly, to when the US Dollar appreciated in anticipation of the 2015 hike. As USD LIBOR moves higher, and if data continues to soften, it could paint a picture of the Federal Reserve that a rate hike is less likely because once again, the market is doing the ‘heavy lifting’ on behalf and in front of the Fed so that the Fed’s actions could be seen as unnecessary or overkill.

The longer-term US Dollar chart can help you see the sharp ascent from 2011 that has moved sideways since March of 2015. If you enlarge the chart, you can see the tighter channel has done a fine job of framing price action, and we could be in the final stages before a strong price pivot in the US Dollar.

Naturally, many have favored a breakout as the Fed has teetered on the idea of one or more rate hikes shortly to avoid the risk of being behind the curve. You can see that it is possible that past resistance has/ is new support so that the price may begin to hold above the May 2015 & 2016 low before accelerating higher. However, you can also see that if the ~11,681/634 zone is unable to hold up the price that we may soon have a lot of room to move lower on the chart.

While the chart above shows you a near 14-year range, the chart below helps you to see some of the key levels in focus to guide biases.

The US Dollar index has firmly pushed away from the first key resistance level mentioned in recent posts at 12,000. One bearish development worth pointing out is that the 8/30-9/1 price action looks like a clean evening star pattern. The internal doji high is 12,027, which can also be seen as internal resistance. A break above 12,027 would turn attention to the last level of key resistance at 12,114. If the lower parallel line (blue) fails to hold, we will not hold our breath for either resistance level to get triggered.

Above, you will notice a bullish Andrew’s Pitchfork (Blue) that has been added to the chart. If the price of US Dollar drops below the lower parallel line, it could be indicative of the overall weakness re-emerging in the greenback. Should such weakness transpire, we will default to continue using the Bearish Pitchfork as a frame to anticipate price action.

After a disappointing NFP & Non-manufacturing ISM, the US Dollar goes defensive again vs. the G8 currencies. On an H4 chart with a 200-period moving average, only the JPY is below the 200-MA more than the USD. Commodity FX & Sterling have shined at the start of September: 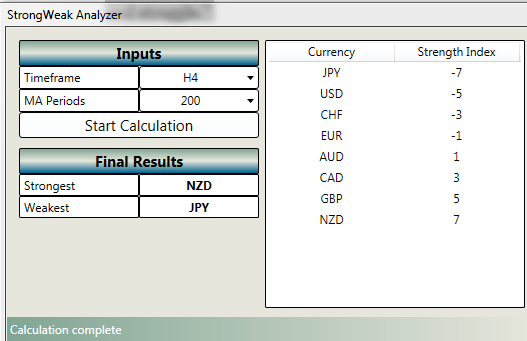