All eyes were on the US Dollar and Janet Yellen into Jackson Hole. Few were prepared for Stanley Fischer to steal the stage and warn markets about the possibility of two FOMC rate hikes if data held up into upcoming meetings. Since Jackson Hole, Home Prices data per Case-Shiller’s Index showed house values continued to rise, ADP private payrolls beat expectations, which paved the way for a solid NFP that Fischer also noted would be watched to see if the Fed is closer to reaching their full employment goal.

Other data points like consumer confidence increased in impressive fashion in August showing the consumer is likely to keep spending and keep the economic data humming along.

“The work of the central bank is never done. Moreover, I do not think you can say ‘one and done’ and that is it. We can choose the pace on the basis of data that are coming in.” That came from Stanley Fischer on the Fed’s possible policy path in an interview with Bloomberg. Now, the data seems to be so good that a 2016 hike is getting baked into the price, and if another hike becomes a topic of market talk, the US Dollar could start pushing into levels not seen since January.

The risk worth keeping an eye on is if the data continues to improve, but the Fed fails to act by lifting the rate. We have seen the Federal Reserve talk up potential rate hikes before only to point at data many didn’t consider because it did not directly affect the US Economy. That has caused the USD to fall in the past. However, if the Fed moves forward, there may be no turning back of USD strength into year-end.

The move that emerged after Stanley Fischer told the market to be on the watch for two hikes if August NFP shows further progress toward goals of full employment (NFP est. 180k) have caused USD bears to run.

Now, traders are caught in a new world where discussions of Monetary Policy divergence could lead to a strong US Dollar against other currencies like the Canadian Dollar, Japanese Yen, and other EM currencies.

Either way, the US Dollar index is sitting in at the first key resistance level mentioned in recent posts at 12,000. A break above here, which is expected on anticipated rate hikes if NFP beats consensus on Friday would be 12,114.

In less than one week, the US Dollar has gone from the weakest currency in G8 to the second strongest currency in G8 behind the New Zealand Dollar. A robust NFP on Friday would likely thrust the Dollar into the top slot. 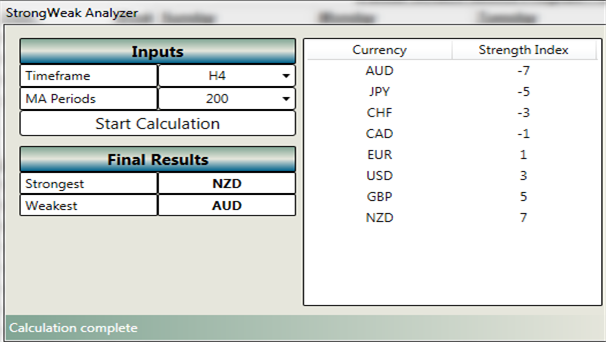