On Friday morning, in Jackson Hole, Janet Yellen spoke on the “The Federal Reserve’s Monetary Policy Toolkit.” At this closed-door speech with no Q&A, Yellen confirmed forward guidance and quantitative easing would be called upon if another crisis were to arise. At first, Bulls seemed encouraged by the argument that the case for rate hikes “has strengthened,” but in the end, there seemed to be more time spent about how the Dollar could weaken over the coming years.

One key point that seemed to turn the US Dollar lower was the note about the short-term neutral rate falling with little understanding of the forces behind the falling neutral rate. The neutral rate is economic speak for the dividing line between accommodative and restrictive policy according to the Fed’s reference rate. Given the current Fed Funds Rate at 0.375, a falling neutral rate seems to argue that there will be fewer hikes in the future than anticipated.

The fireworks are not done yet from Jackson Hole. On Saturday, there will be a panel discussion with Bank of Japan Governor Haruhiko Kuroda, as well as ECB Executive Board Member, Benoit Coeure.

The simple way to look at the chart above is to see that the slope of the lines that have guided price action since Q32015 are downward sloping. While there have been pockets of US Dollar strength in January post the initial rate high and post-Brexit, the US Dollar Index has failed to find month over month gains with any consistency. The price action of US Dollar post-Yellen’s Jackson Hole speech touched a fresh nine-week low.

The simplified key levels that should be watched should US Dollar strength emerge is the 12,000/100 zone. However, the price action is falling further and further away from these levels.

A break higher through these levels would take the price of US Dollar Index above the channel resistance, and could be a first clear sign since Q12015 that a Dollar breakout environment has arrived. Absent such a breakout, the preference will remain to sell rallies.

Of the four counterparts for the US Dollar of the EUR, GBP, JPY, & AUD, the US Dollar has been the clear laggard. However, the JPY seemed to weaken against other currencies, except USD initially after Janet Yellen’s Jackson Hole speech. 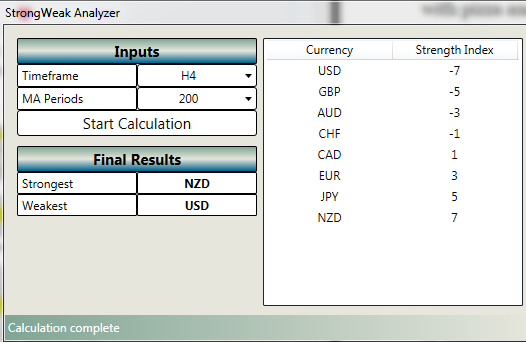