August has been a rough month for US Dollar Bulls. On August 9, the CBOE SPX Volatility Index or VIX hit the lowest level in 12-months, which is usually indicative of a fearless market that would rather be chasing yield. Yield has been found in Emerging Market currencies like the MXN and capital appreciation has been sought in commodities, which both benefit from a weak USD environment.

On Tuesday, there was a rather large speedbump that arose in the form of an interview by NY Fed President William Dudley. President Dudley argues that a September hike is still possible and that the market was underpricing in the possibility of a hike in 2016. The market corrected its US Dollar selling bias on the comments, and going into the minutes Traders appeared still curious as to how serious the statement should be taken.

The minutes of the July 27 FOMC Meeting did not lift the Dollar as some hoped following Dudley’s comments. USD/JPY punched closer to 100 again. The main issue is the view that data will be needed in order to validate a rate hike. However, the data over the last two months, despite the July NFP, has been an underwhelming performance of economic reports, which could mean a rate hike is further off than US Dollar Bulls had hoped.

The short-term chart above shows a bullish channel (Blue) that the US Dollar may be favoring off a possible triple bottom in the ~11,680 zone. After a rather hot run from post-Brexit to late July, the US Dollar has gone soft again and now looks to be sitting on a rather thin support. Should the support fail to hold, we could see an air pocket in the market with a quick repositioning back toward the weak-USD view help pre-Dudley.

If the US Dollar cannot find lift-off here, it’s tough to imagine the scenario that it will. Thankfully, we can look to the charts for guidance from here.

The simple way to look at the chart above is to see that the slope of the lines that have guided price action since Q32015 are downward sloping. While there has been pockets of US Dollar strength in January post the initial rate high and post-Brexit, the US Dollar Index has failed to find month over month gains with any consistence.

The simplified key levels that should be watched should US Dollar strength emerge is the 12,000/100 zone. A break higher from these levels would take the price of US Dollar Index above the channel resistance, and could be first clear sign since Q12015 that a Dollar breakout environment has arrived. Absent such a breakout, the preference will remain to sell rallies.

Of the four counterparts for the US Dollar of the EUR, GBP, JPY, & AUD, the EUR, JPY & AUD have been resilient and have proven to be a better purchase over the US Dollar. The JPY initially strengthened to 98.77 on the Brexit confirmation but has pushed back below ¥100 per USD this week. 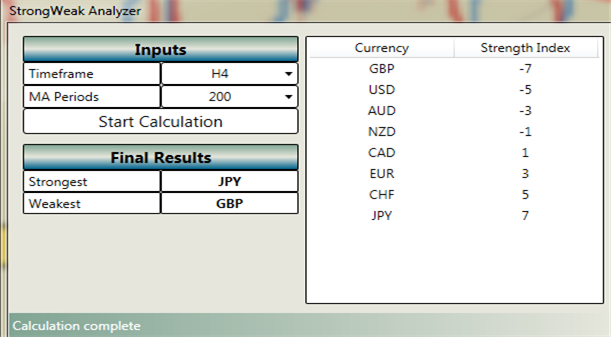