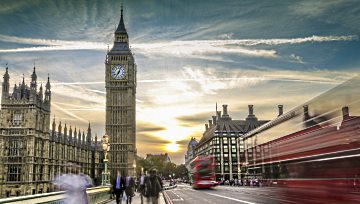 Check out our new psychology guide – Building Confidence in Trading

Recently, in the Tuesday webinars geared towards equity indices and commodities we’ve been discussing the glaring divergence between the FTSE and other major indices in Europe, the U.S., and even Japan which recently joined in on powering higher. The UK index has been the lone laggard viewed as a short candidate, but in a few short days that has changed.

Last week, when we took a look at the footsie it was testing major resistance surrounding 7300 and this is what we had to say about price action at that time: “We aren’t yet seeing the type of rejection which is necessarily indicative of a continuation-move lower set to begin…If we don’t soon see a move lower develop then another attempt to recapture 7300 may soon unfold.” Here we are now, well above once major support turned major resistance, which means we will once again view it as a source of significant support should the market decline to that point.

The FTSE is currently testing the underside of the previously broken February 2016 trend-line along with an area of resistance in the vicinity of 7440/60. This region defined the top of a range which lasted for about a month ending during the middle of September. It may prove to be a pivotal spot in the interim, with a pullback developing, but if the market is to see old highs then any weakness seen should be short-lived. A breakout above 7460 clears a path towards major resistance and record highs in the 7550/600-area. 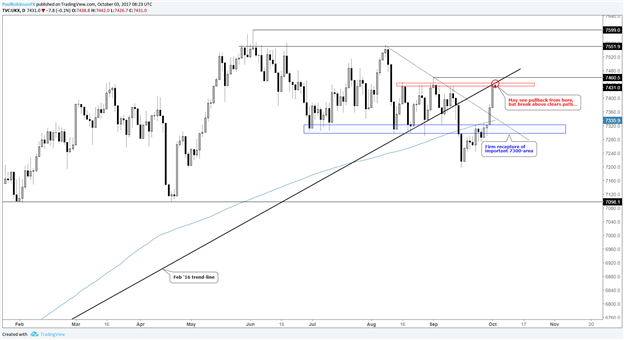