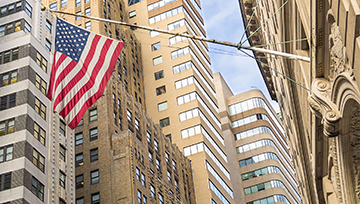 Find out what is driving the stock market in our market forecasts section.

The S&P 500 has been consolidating since the last week of April, with the period having set a sturdy floor right around 2380; this level has become our ‘line-in-the-sand’ for maintaining a neutral to bullish stance. Overall, the market looks poised to make another run. The question is whether further side-ways price action will unfold first, or if a new leg higher can commence sooner rather than later. A solid daily close above the recent range will be our cue for sooner rather than later. If the market falls back a bit into the range, again, as long as 2380 holds there isn’t a good reason to abandon a constructive bias. 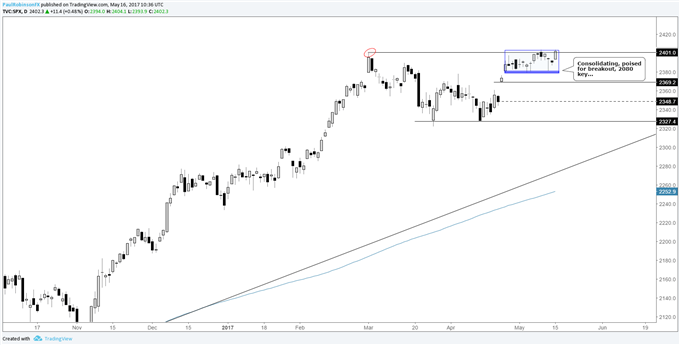 The Nasdaq 100 has been the leader in the U.S., seemingly going up every day, while the Dow acts as a laggard. As is typically the case, the chart structure of the Dow more closely resembles the S&P, but still sits a couple hundred points below its March 1 record high. The horizontal price action (consolidation) is likely to lead to a solid breakout in line with the S&P should it break free from its own period of consolidation. A strong down day into the 4/25 gap would be reason for concern, but not until then will we move away from the current neutral to bullish stance. 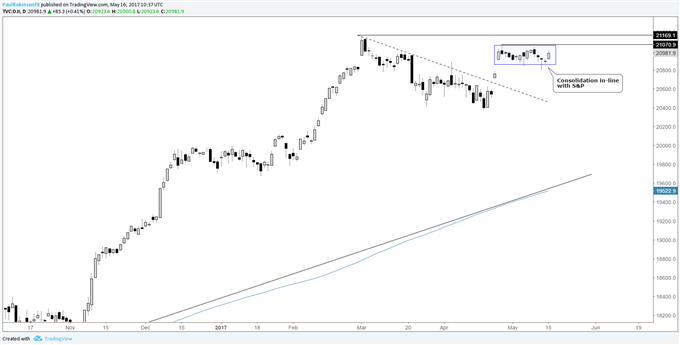