NZD/USD Technical Analysis: 2009 Support Breaks, Where to Next?

Previously, we looked at the New Zealand Dollar and how it was being held up by a long-term rising trend line from March 2009. Looking at the monthly chart below, this has now been broken and could mean more losses ahead in the long run. This argument could be further validated if we get another close lower. In the meantime, NZD/USD’s descent appears to be getting tamed by a descending support line from December 2016. 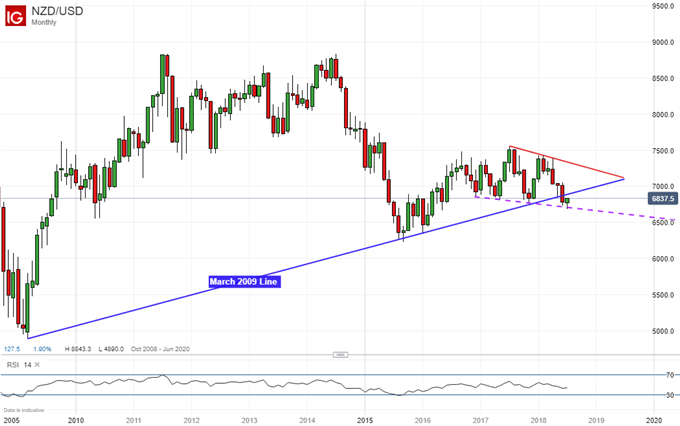 Looking at the weekly chart shows that the pair appears to be struggling to make further progress lower. The descent below the 2009 line could caught just above the May 2016 low at 0.6674. Meanwhile, NZD/USD also struggled pushing under the November 2017 low at 0.6779. As it fell, downside momentum remained strong given the absence of positive RSI divergence. 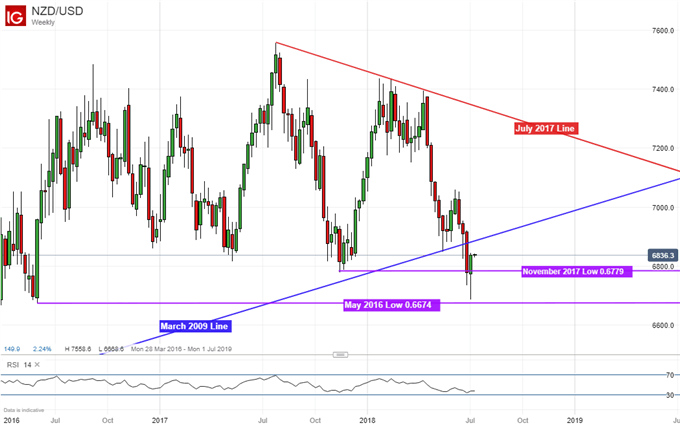 All of this points to an interesting ride ahead for NZD/USD when looking at the daily chart. Immediately standing in its way as resistance is the March 2009 line and the May 15 low around 0.6854. A break to the upside then exposes the highs set in late June (0.6923) where a morning star bullish reversal pattern also failed to gain follow-through potential.

On the other hand, a descent places the November 2017 low as the near-term support target. If we can also get below the current July low (0.6689) and the May 2016 low (0.6674) next, more declines could indeed be in store for NZD/USD. Don’t forget to keep an eye on the monthly chart though, the pair may also make its way back to the July 2017 resistance line next. 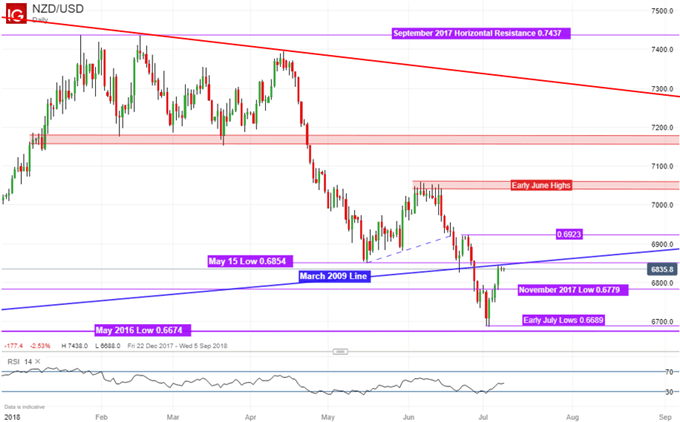