The New Zealand Dollar could be aiming higher against its US counterpart amidst warning signs on the monthly, weekly and daily charts. Starting the with the first one, on the immediate chart below, NZD/USD has now been tamed on multiple occasions in attempts to push lower since 2009. Connecting these instances together forms a rising trend line from March 2009. The most recent failed push was in May. 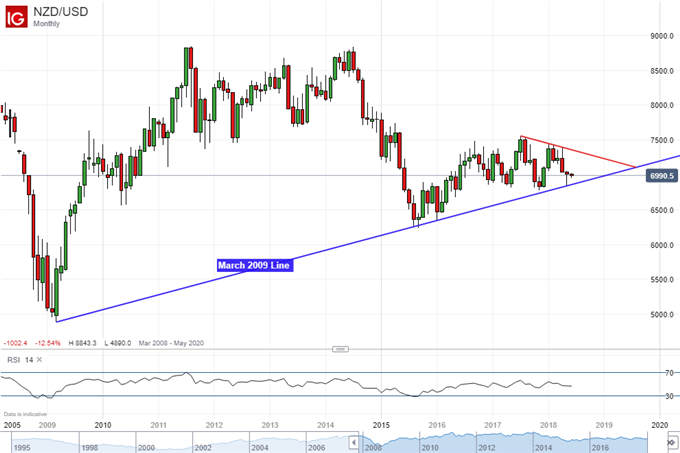 Zooming in, we take a look at the weekly chart. Something interesting has formed on the March 2009 line, a Morning Star. This is a bullish reversal patterns. While it warns that NZD/USD may be turning higher, confirmation will be needed as the pattern itself only indicates indecision. Another weekly close higher could be just that. If it is going to ascend, the dominant downtrend since mid-April/earl-May could be at risk. 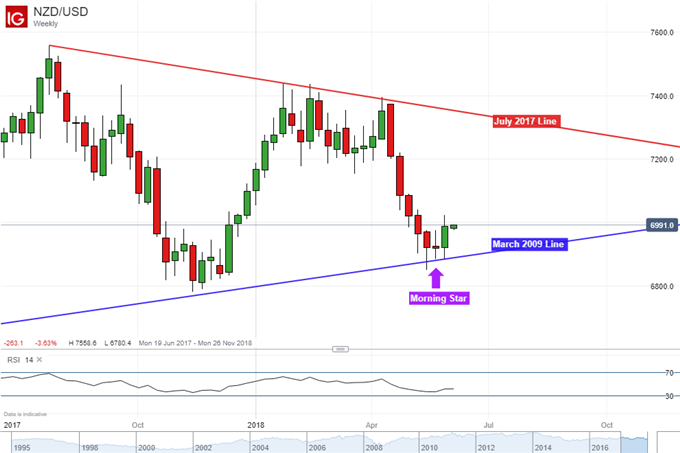 Now let us take a look at the daily chart to see what prices have to overcome to get us that confirmation. We just had a close above the 23.6% Fibonacci retracement at 0.6979. From here, immediate resistance is the 38.2% level at 0.7059. A push above that exposes the 50% midpoint followed by the 61.8% retracement at 0.7187. The latter is also closely aligned with horizontal support that kept NZD/USD elevated for the first four months of 2018. It could come back to act as new resistance.

If NZD/USD is indeed trying to climb in the days and even weeks ahead, the pair may eventually find itself retesting the July 2017 descending line. If it fails, then perhaps the rest of this year could just be NZD/USD consolidating between that and the March 2009 line. 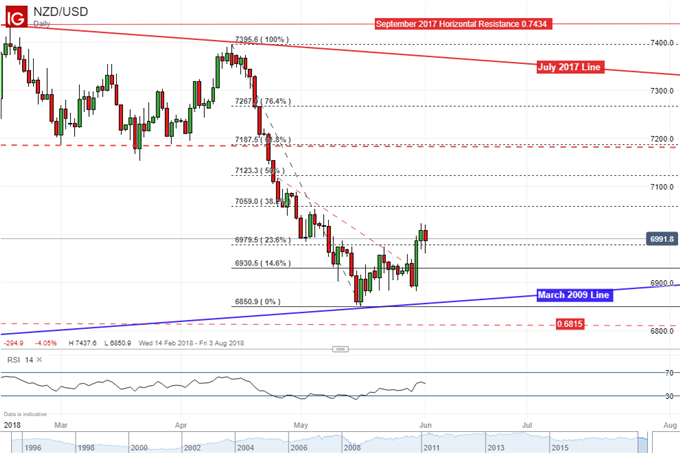