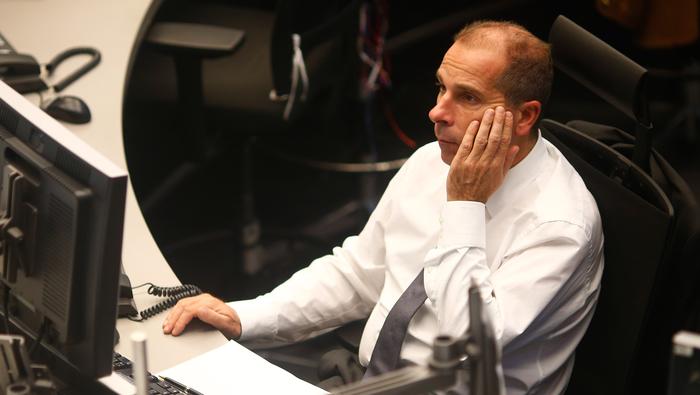 Yesterday, the DAX crossed resistance extending back to early December, and with it positioning itself to fill the massive gap down that occurred on February 24. The gap runs from 13231 up to 13579 where it would constitute a full gap-fill. It would only take a quick run from there to the record high at 13795.

Given the general risk trends not only in Europe, but perhaps more importantly in the U.S. where the Nasdaq 100 is reaching for the skies, it appears likely both the above thresholds will be met relatively soon, if not exceeded. If this is the case then traders will likely be best served looking for short-term dips and/or consolidation patterns to take advantage of.

It will take a swift turn lower to turn the outlook negative. Keep an eye on the underside channel line extending higher from the March panic lows. It will be the first guide to watch as support, but even if it is broken it won’t necessarily mean the market tanks. This is why watching the quality of price action can be quite helpful.

Recommended by Paul Robinson
Are indices your thing? Check out the Q3 Forecast.
Get My Guide 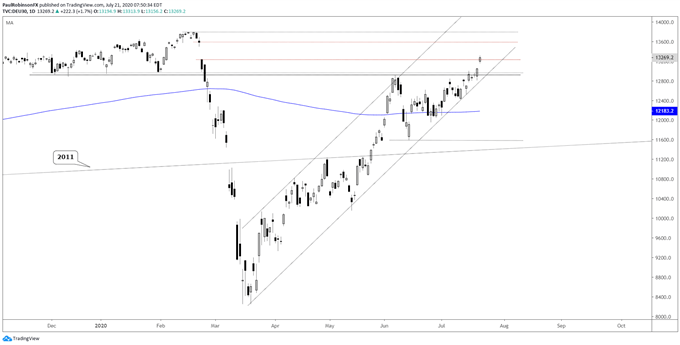 The CAC is still fighting to trade to the June highs, and so it is likely that the French benchmark will continue to lag behind the DAX. But as long as broader market forces are a tailwind then it is not likely to keep the CAC from heading higher too. The June high at 5213 arrives around a pair of lows created in 2019. A breakout beyond there will quickly have the 200-day at 5281 in play followed by a pivot from October at 5393.