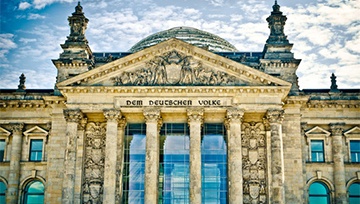 The DAX 30 tagged the underside of the December trend-line last week, posted a smallish reversal candle, and has since then moved generally sideways. After the run off the monthly low this is considered a constructive situation that should lead to an attempt to trade higher soon.

On Friday, the gap from June 11 was almost entirely filled, and on that the low from last week at 12050 may be as far as the current consolidation/retracement digs into the prior advance. Looking at the hourly chart a bull-flag is developing just above the trend-line (upper parallel) running down off the May 3 high.

Overall the outlook in the near-term is shaping up well, which appears to give ‘would-be’ longs the upper hand. It will take an invasive dive lower to shake this bias. A break of the upper parallel of the developing bull-flag and move above 12227 will once again have the underside of the December trend-line back in focus, but if the recent surge is any indication it may not act as a capper to the next move higher.

The next level of significant resistance arrives at 12310/19, where the DAX was stopped twice from filling the May 6 break-away gap. A fill of that gap up to 12412 may not be too far away. 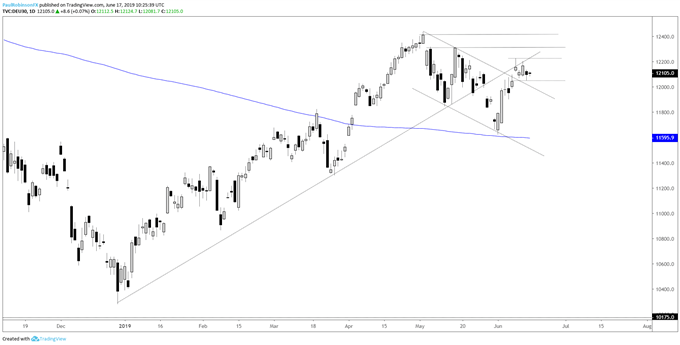 CAC swing levels from May could be challenged

The technical posturing in the CAC 40 isn’t as encouraging as that for the DAX, but nevertheless still constructive. Maintaining above the low of Friday’s smallish reversal candle at 5342 will help keep the short-term picture tilted higher, with the first hurdle to cross standing at 5431, followed by 5450, 5489, then the gap-fill from May 6 up to 5548.