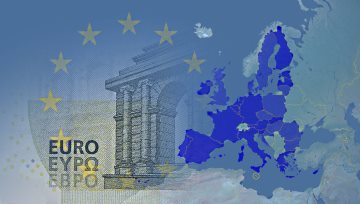 Where could the Euro & European Equities be headed by year-end? Check out the Q4 Forecast for our insights.

The dovish outcome of the yesterday’s ECB meeting left the euro reeling and put European equity indices into full-on rally mode. At last, after spending most of the month chewing sideways we have movement. Crossing beyond the pair of long-term top-side trend-lines leaves no visible resistance for the DAX. The CAC is trading above the post-election highs of 5442 and at its best levels since January 2008. There is a similar top-side trend-line to contend with just as the DAX has recently, but looks unlikely to put a cap on the French index. It runs from the 2015 peak over the May high. 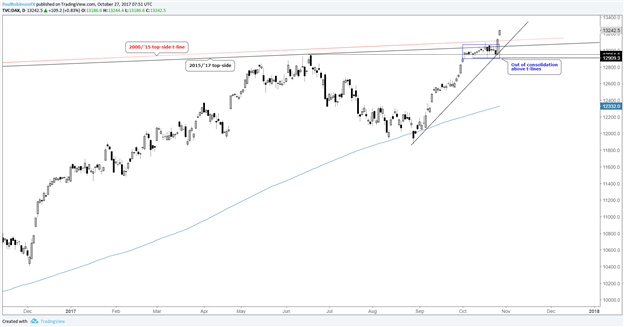 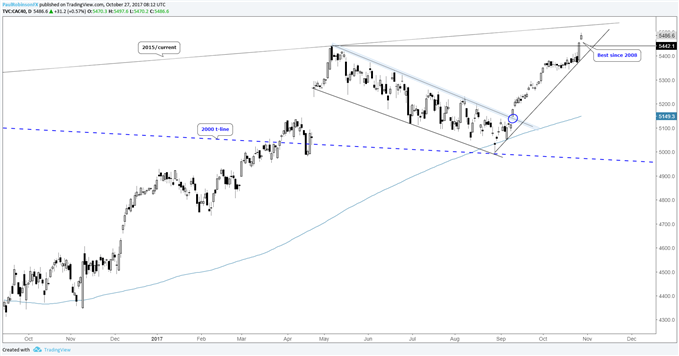 Yesterday, we were discussing the breakdown in the correlation between the euro and major European equity indices, noting that the often highly negative relationship had even briefly turned positive the other day on a one-month basis. The correlation is quickly reverting back into negative territory and could once again do-so to a significant degree.

EURUSD is validating a ‘head-and-shoulders’ top it has been building since early August. An official trigger of the pattern (daily close below the ‘neckline’) sets the euro up for a material decline and as a result, a tailwind to the already strong trends in European stocks. The measured move target based on the height of the H&S formation subtracted from the ‘neckline’ points to a decline to around the 11250-mark. A decline of that magnitude is likely to help keep key European indices – namely the DAX & CAC – buoyed as long as we don’t see a strong downdraft in general global risk sentiment. 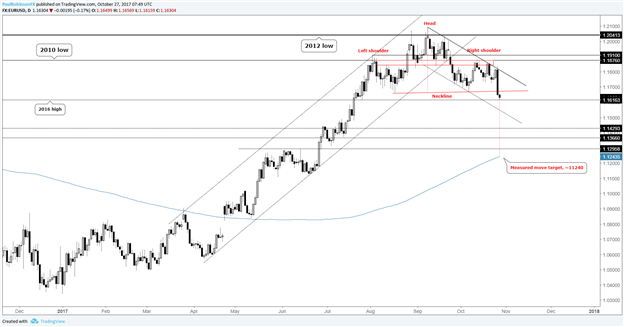