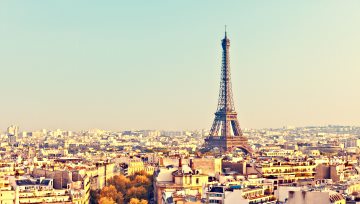 DAX Losing Steam, but Still Constructive; CAC In Need of a Pullback

Over the weekend, Chancellor Angela Merkel was re-elected, but her party alliance (CDU/CSU) experienced its worst result since elections began in 1949. However, the outcome sparked very limited volatility given it was within expectations. It was indeed a quiet period on the headline-front leading up to the election. This morning, the market started off with a small gap lower but has seen back-and-forth trading since.

The initial push through major resistance surrounding 12300 was a powerful one earlier this month, but since then we’ve seen choppy price action with a slight upward bias. The DAX is losing steam, but remains constructive within a channel as long as we don’t see a sharp break lower. A breakout above Friday’s high at 12646 will quickly bring in the July high at 12676. If the German benchmark can get into gear above the July high there aren’t any significant hurdles until the record high at 12951. However, if we see a bearish rejection at the July threshold then we’ll have to take stock of any technical damage as a result.

The CAC has been persistently rallying without going through any kind of consolidation phase, and as a result could be in for underperformance relative to the DAX as overbought conditions build. It’s been an impressive rally off the 8/29 low and the bull-flag breakout earlier this month suggests higher prices are to come. At this time, though, the market may be in need of a small pullback or consolidation period before trading through levels created during May and June. Barring a swift reversal the overall outlook remains constructive.