The UK and EU chief Brexit negotiators have hit what seems like an impasse over the UK’s subsidy regime that will be published at the end of September. The EU wishes for the UK to continue following rules that prevent the UK Government from subsidizing British companies at the expense of European competitors. This represents another challenge in getting a deal across the line before the end of the year.

Cable is cooling off slightly after posting a fresh yearly high on Friday. The pair faces considerable near-term support at both the 100% Fibonacci extension of the March-April major move and the December 31st high (2019) in blue. 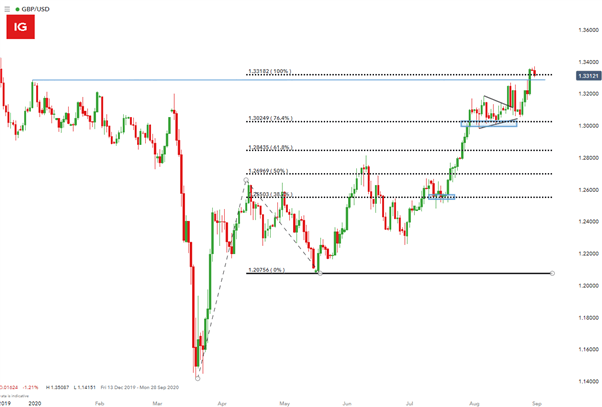 The pair advanced higher despite a failed bullish pennant formation in late August as the dollar weakened substantially against its peers. 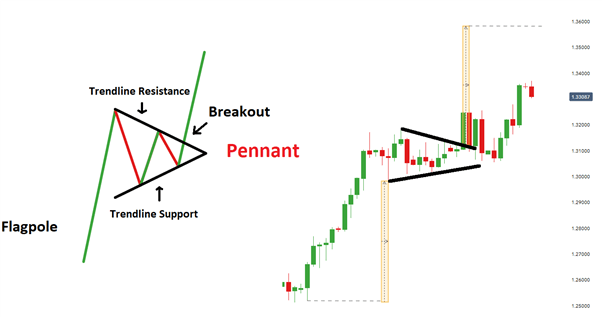 Looking at the 4-hour chart, Cable moved lower off the recent high. A continued move lower would see it test the December 31st 2019 high before testing the 1.3268 level. Should bears take hold at this point there may be a larger move down towards the zone of support between 1.3220 and 1.3233 and possibly even 1.3153.

GBP/USD bulls may be on the look-out for a pullback towards the short term trendline support. Should the market move higher, the yearly high of 1.3368 becomes the nearest level of resistance before the 16 December 2019 high comes into focus at 1.3423. 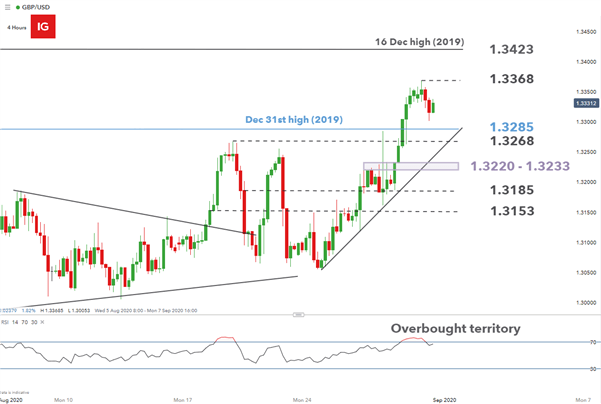 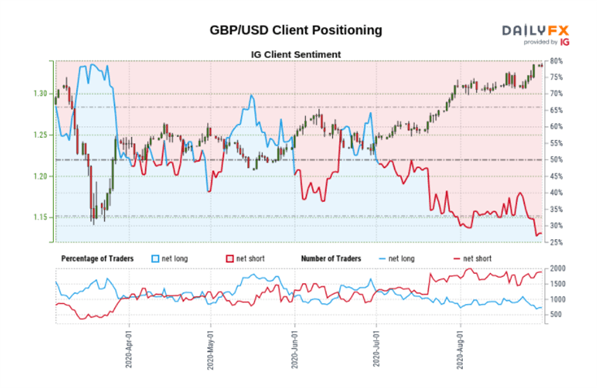