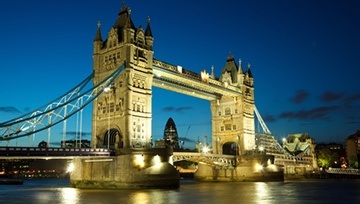 GBPUSD: Breakout Pullback - How Aggressive Will Bulls Remain to Be?

- It was a big week for the British Pound as the currency surged on the diminishing prospect of a Hard-Brexit or No-Deal Brexit scenario. Little is certain around how the inevitable split might look; but the fact that a No-Deal Brexit appears to be carrying a lower probability has spurred short-cover as buyers pushed prices up to fresh seven-month-highs.

- Brexit remains the primary driver of GBP as next week brings no high-impact announcements on the economic calendar out of the UK. On a technical basis, the big question is whether bulls can hold on to this week’s topside breakout; or whether a reversal takes place as Brexit dynamics remain in the headlines.

It was a bifurcated week of price action in the British Pound, as the pair posed a stern topside breakout Monday-Wednesday that began to pullback on Thursday. That pullback has continued thus far through Friday trade as GBPUSD has dipped back-down to a support zone that runs from 1.3234-1.3250. That support helped to elicit a topside bounce in the pair earlier this morning that ran as high as 1.3286; but that strength could not hold and prices have moved right back down towards the day’s lows.

With a move like GBPUSD posted in the early-portion of this week, in which a defined directional bias sees price jump through a number of resistance levels, traders can assume that something shifted in the backdrop. And given the events this week around Brexit that our UK-based DailyFX Analysts have been discussing, the motive behind that driver is rather obvious.

What is less obvious, however, is what was at the source of the move: Was this largely coming from short-cover as the odds of a No-Deal Brexit diminished? Or, was there a legitimate shift into buying interest that coupled with that short-cover as investors took on a more optimistic outlook for GBP? Unfortunately, we won’t have an accurate answer until it’s too late; but market participants can base their strategy in GBP around this prognostication.

For those looking at continuation potential in GBPUSD, the possibility for that backdrop still exists. Prices finding support at areas of prior resistance can keep the door open for bullish trend strategies next week. On the below four-hour chart, I’ve pointed out three such areas that can be followed for trend-continuation scenarios.

Given the pullback on Thursday and Friday that never really re-fired into the prior bullish trend, traders can begin to plot potential reversal scenarios; particularly traders that are looking at bullish-USD strategies. A key area on the chart for following such a theme appears to be the support around 1.3187, as this is the 23.6% retracement of the 2014-2016 major move in the pair. This area had also helped to turnaround another bullish advance in January, leading into a 400+ pip reversal that lasted into the middle of last month.

With prices trading above this zone of prior resistance, bearish cases can be difficult to make. But – if prices do budge below this area next week, there would be a break of the recent trend-line to go along with sellers pushing below key support; and this could open the door for bigger-picture reversal potential in the pair.