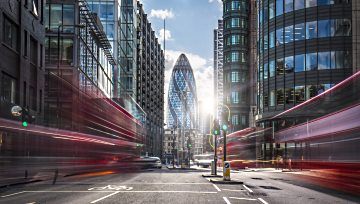 GBP/USD: Cable Attempts to Carve Out Support Ahead of BoE

- It’s been a stark change-of-pace over the past two months as a previously strong bullish up-trend has turned around to erase more than 1,100 pips since mid-April. GBP/USD has been hit by a storm of slowing inflation, disappointing GDP, a dovish Bank of England and continually downbeat headlines around the ongoing Brexit discussions.

A Stark Change-of-Pace the Past Two Months

It’s been a rough two months for the British Pound, and later this week brings a Bank of England rate decision that could prolong the pain or, potentially, start to change-the-pace. While there are few expectations for any actual changes at that meeting, the big question is whether the bank starts to lay the groundwork for a possible rate hike in August. After that rate decision, BoE Governor Mark Carney is due for his annual Mansion House speech, and this may actually turn out to be a more proactive driver for the Pound as the speech will be widely-watched for clues or hints around Mr. Carney’s expectations for the UK economy.

Also of interest but not on the economic calendar is the continued development around Brexit. At this point, a battle continues within Parliament over what should happen if either a) no deal is reached with the EU or b) Parliament doesn’t approve the deal brokered between the two. This can continue to constrain price action in the British Pound as its yet another potential risk to the currency.

GBP/USD Digs in to Support

Just a couple of months ago the horizon appeared to be much brighter for the British Pound. We had a legitimate chance of getting a rate hike at the May ‘Super Thursday’ rate decision, and this even had the potential to turn into something more as the BoE may have been sitting at the forefront of a rising rate cycle. This was driven in large party by inflation, and that was largely in response to the drubbing that the currency took around the Brexit referendum.

But as we traded deeper into April, that backdrop for a rate hike deteriorated. Inflation continued to disappoint, and GDP even came-in below expectations. By the time we got to the actual rate decision, the door had been opened for an even more dovish BoE, and when the bank held rates while sharing a rather dovish forward-outlook, GBP sank down to the key support area round 1.3500.

It was a week after that rate decision that Brexit dynamics began to come back into the equation, and when Scottish PM, Nicola Sturgeon, announced that Scotland may embark on another independence referendum, GBP/USD broke-below support and ran down to a fresh six-month low at 1.3203.

Prices spent the next two weeks moving-higher within a bullish channel; and when that channel was combined with the prior bearish trend, this took on the shape of a bear flag formation. That formation began to fill-in last week as USD strength started to show up, and prices have made another run down to the 1.32’s.

At this stage, GBP/USD has shown little willingness to test below 1.3200; and while this doesn’t preclude the possibility of such, it does show how bears are likely going to need a bit more information before staging their plays. If we do get a downside break below the 1.3200 level, the door opens for a test of 1.3117, which is the 38.2% retracement of the ‘Brexit move’ in the pair, followed by a test of the 1.3000 psychological level.

Retail Sentiment Stretched to the Long Side

Click here for an updated, real-time look at GBP/USD Sentiment. 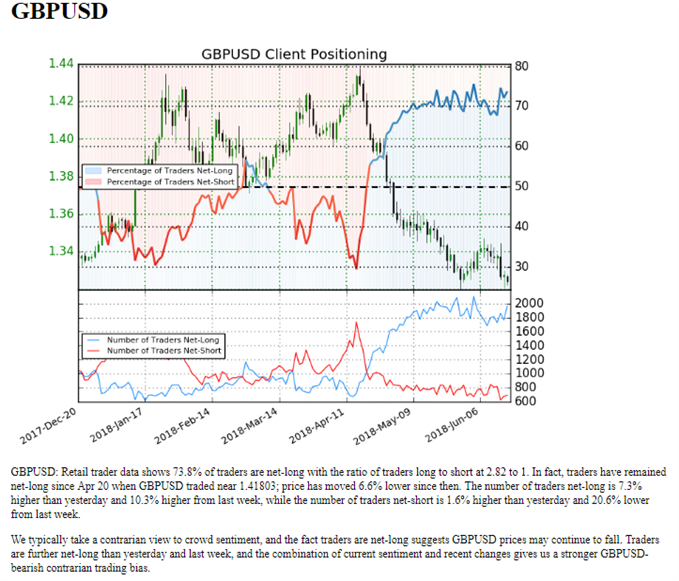