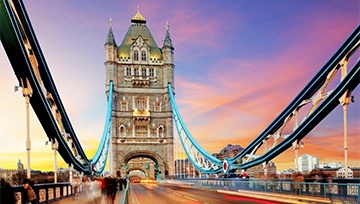 GBP/USD: Is the Bullish Trend Ready to Push Up to Fresh Highs?

- GBP/USD has put in bullish continuation after last week’s test of support around the 1.4000 level; opening the door for a re-test of two-month highs at 1.4245.

- GBP/USD remains as one of the more attractive pairs for scenarios of US Dollar weakness.

The past year has seen a strong trend drive the British Pound higher, and against the US Dollar, that topside push has been rather pronounced. We came into last April trading at 1.2500, and even that was a sight better than where we were a couple of weeks prior, when GBP/USD was making a fast approach down to 1.2100. But, over the past year we’ve seen considerable US Dollar weakness and more recently, strength in the British Pound. That GBP strength has been driven by a number of factors, key of which has been rising inflation coupled with a bit of optimism on the Brexit-front. The pair continued this move of strength as we opened into 2018, setting a fresh post-Brexit high just a few weeks into the New Year. Resistance began to show at the 76.4 and 76.8% retracements of the Brexit move, and, to date, that serves as the yearly high in GBP/USD.

After those highs were set in January, GBP/USD began a retracement that would last for the next seven weeks. Prices would pull back by more than 500 pips before finally finding some element of support just above the 1.3700 level. Price action spent much of this period underneath a bearish trend-line, which we look at below. In mid-March, prices wedged above this level and soon found support at prior trend-line resistance (shown in green below). This led to a continuation of strength over the next week, with GBP/USD running up to a fresh seven-week high at 1.4245.

Over the past two weeks, another area of relevance has come into play, and this is the zone that runs from 1.4067 up to 1.4088. We had looked at this area as a potential element of support in late-March, and after a quick spike reversal at that level was followed by a lower-high, we looked at this same area of prices coming-in as short-term resistance last week.

GBP/USD Four-Hour Chart: Support at Prior Resistance for Bullish Continuation