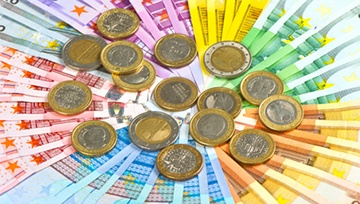 See our Euro forecast to learn what is likely drive prices in the fourth quarter!

The Euro is hovering near the middle of choppy range confining price action against the US Dollar for over four months, with technical positioning offering mixed signals on where prices may go from here.

The daily chart is inconclusive. A recovery above the 1.1514-58 zone bisecting the trading range might have been expected to open the door for upside follow-through, but confidence in such an outcome is degraded after a downside break through the same barrier failed to deliver earlier this month. That might imply that the hurdle itself may be losing significance in the minds of traders.

Zooming out to the weekly chart, signs of a bottom may be forming. The outlines of a jagged Head and Shoulders (H&S) bottom have appeared on a test of former range resistance as support. Confirmation on a break above the pattern’s neckline at 1.1768 would imply a measured move higher that takes EUR/USD back above the 1.22 figure.

Near-term positioning is less kind however. The four-hour chart shows prices have broken below trend line support guiding the upswing from October lows, painting the move as corrective in the context of a broader decline started after an intermediate top was put in on September 24. Downside progress is needed for confirmation but the makings of bearish resumption might be taking shape.

Pulling all the way back to the monthly chart helps put these conflicting cues in context. The decade-long downtrend remains very much intact. The latest leg lower – which looks to have started in April – has stalled near the 1.15 figure. While price action has been marked by indecision since then, the overall bias still appears to be decidedly bearish.

With that in mind, the short EUR/USD trade initiated at 1.1708 and subsequently scaled up at 1.1468 remains in play. The net cost basis is now at 1.1648. A stop-loss will be activated on a discretionary basis. Weekly H&S invalidation will be sought before adding to exposure further. The upcoming release of minutes from September’s FOMC policy meeting may offer the catalyst needed to revive directional clarity.