The ASX 200 made new ten-year highs last week, boosted fundamentally by upbeat earnings reports from both Australia and the US.

The Sydney stock benchmark is now at highs not seen since January 2008 and bulls must now have their sights set on the peak made on that impressive upward foray- November 2007’s 6873.20. However, that is also the all-time record high and still some way above the market. 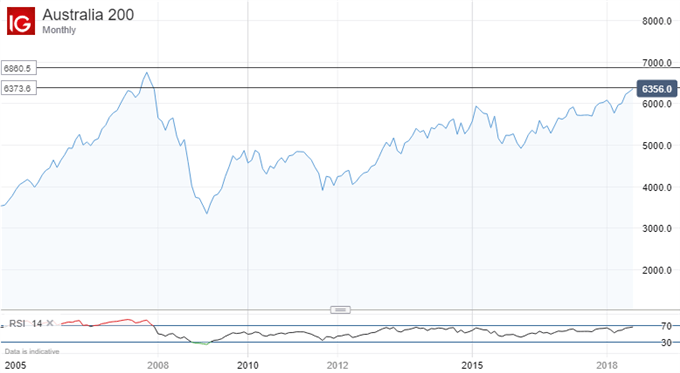 Well, the ASX’s daily chart shows quite a well-respected medium-term upward channel extending from the lows of July 25. There are some signs that upside momentum is waning a little here but, all the same, the channel base remains comfortably far off for the bulls, around 6252 even if the top at 6415 doesn’t look like being hit anytime soon either. 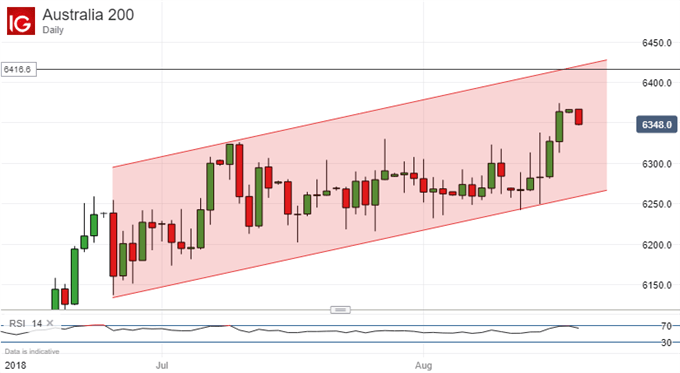 Still, the uptrend still looks valid and the channel remains probably worth playing even if, as seems likely, we get some consolidation now. The index’s momentum indicators look unsurprisingly a bit stretched to the upside and some time for them to cool off will probably be seen as a very good thing by the bulls, especially if the channel endures through it.

The downside does not seem too much in focus at present. When it does, though, support looks firm in the 6320-6197 band. That has bounded trade between early July and last week. Significantly, the lower bound of that range is at the first, 23.6% Fibonacci retracement of the long rise up from the lows of April to the current highs. 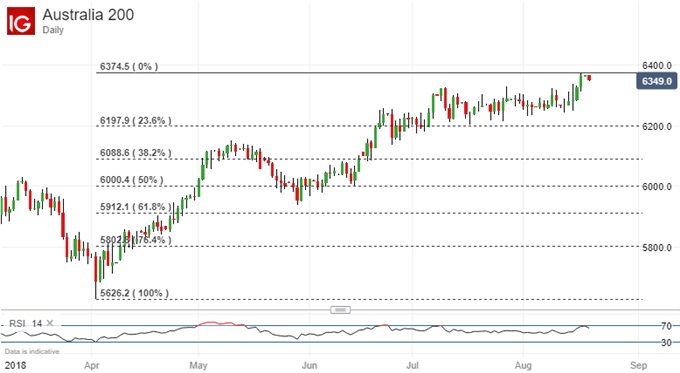 Near term falls will probably find support within the bounds of that former trading band.