The ASX 200’s technical picture hasn’t changed much since last week, which leaves it very much at the mercy of the prejudice of the beholder.

On the one hand, the index has clearly made no progress to the upside on its daily chart. 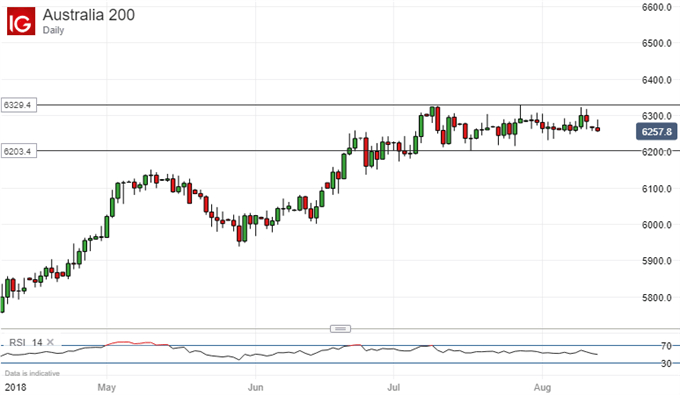 Its old trading range holds firm, as I said it probably would in my last look at the Sydney benchmark. On the other, however, it is holding up at a relatively high level. Investors are showing no clear desire to cash out and its monthly-chart uptrend is holding. 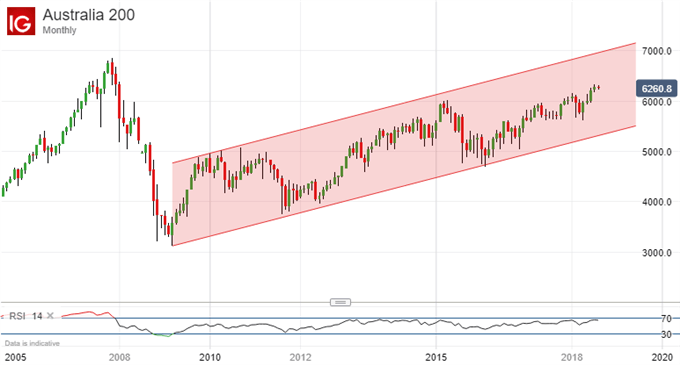 Indeed on this chart the index has clearly now topped its most recent significant peak, May 2015’s 5994.

So, how does all this leave us? Well, honestly pretty much where we were with the current trading range really all investors now have to play with. It comes in between July 17’s intraday low of 6195.3, which was also just about the closing low on July 4, and July 27’s intraday top of 6327, also July 9’s close.

The ASX 200 offers no very clear sign that this range is about to crack either way. The moving averages are in chronological order and, while momentum indicators are certainly rising, they are not screaming ‘overbought’ yet by any means.

Upside targets once it does break are tough to spot as the index hasn’t spent a lot of time at these levels for more than ten year’s. November 2007’s top of 6861 is the most obvious one, but it is a long way above the current market and looks like a big ask for even the most ardent of bulls. A sustained upside range break might see more focus on it, however.

Below, the 6175.6 level might be one to conjure with. It would represent the first, 23.6% Fibonacci retracement of the rise up from the lows of early April to the recent peaks of mid-July.