The ASX 200 index still looks pretty comfortable close to highs not seen for more than ten years, but it doesn’t seem to have the impetus to top them, at least not yet.

Last week’s peaks just over 6300 were the highest levels seen for the Sydney stock benchmark since late 2007 but now the index finds itself caught between them and the lower bound of an uptrend channel which has been in place since June 25. 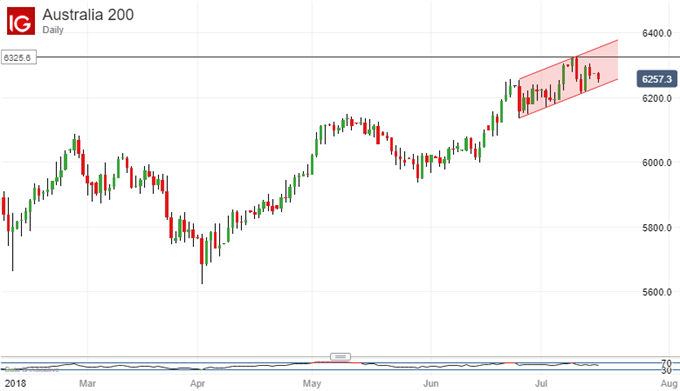 Of course, this channel is, really, only an extension of the still-dominant uptrend from April’s lows. But it seems the most relevant one to use just now. As you can see from the chart above, it has been closely respected by the market both to the upside and, crucially for our purposes, to the downside as well.

The channel suggests that support will now be found in the 6234 area and, if it holds, then the bulls might be inspired to make another attempt at those highs.

If the channel gives way however then focus will probably turn quite swiftly to the first, 23.6% Fibonacci retracement of the rise from April up to last week’s top. 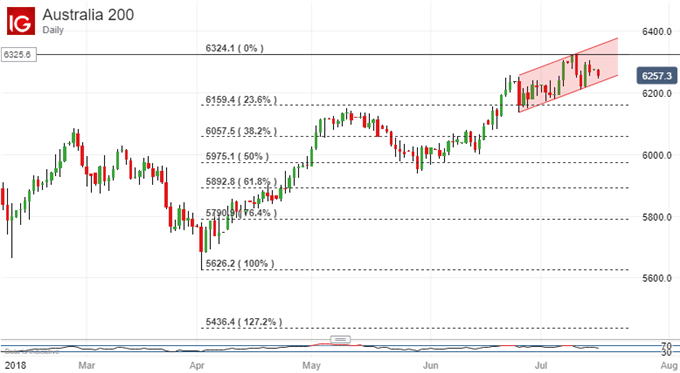 That currently comes in some way below the market at 6159.4, with the second retracement at 6057.6 lurking should it break. An approach to that, however, might suggest that the impressive rally of recent months was in more substantial trouble than it so far appears.

The current uptrend channel still looks worth playing. It’s quite gradual and might speak to a rather well-needed consolidation at these historically dizzy heights. Speaking of history, it is also worth noting that the ASX’s monthly-chart still looks quite healthy, at least if you’re a bull. 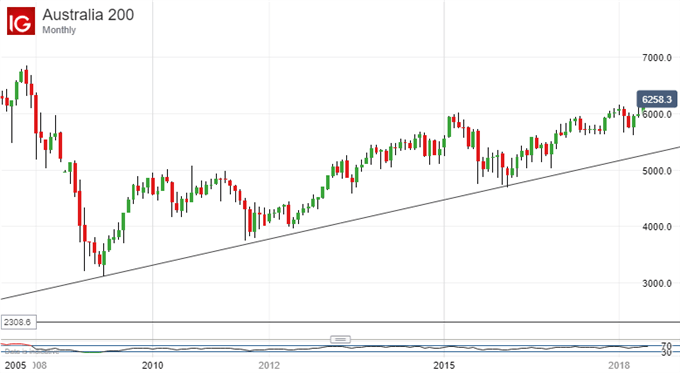 The long, post-crisis run up from February 2009 remains very much in place, with the index still comfortably above its downtrend line. The index has also convincingly topped its previous significant peak. That was made in the 6025 region, back in early 2015. So this looks like another uptrend worth sticking with.