Just getting started in the ASX 200 trading world? Our beginners’ guide is here to help

Last week the ASX 200 managed a feat many market watchers were beginning to think they might never see.

The index managed at last to break above the narrow, 160-point ‘super range’ which had bounded its endeavours on a daily-closing basis since May. Indeed, a remarkable run higher since October 5 has seen the Sydney stock benchmark homing back in on its 2017 peak. That’s May 9’s 5961, now a mere 60 points distant. 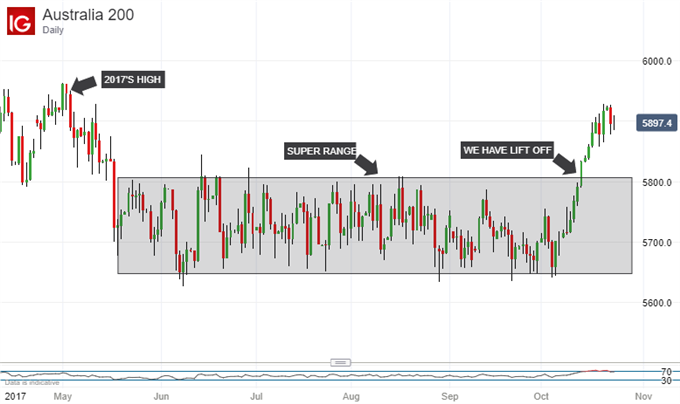 Can it get there? Well the momentum is clearly still with the bulls and there’s no obvious reason why not. However, they have yet to conclusively deal with a resistance area from early May which guards the way there. They are trying it seems, and with some resolve, but a weekly close above these levels would go a long way toward making their case. 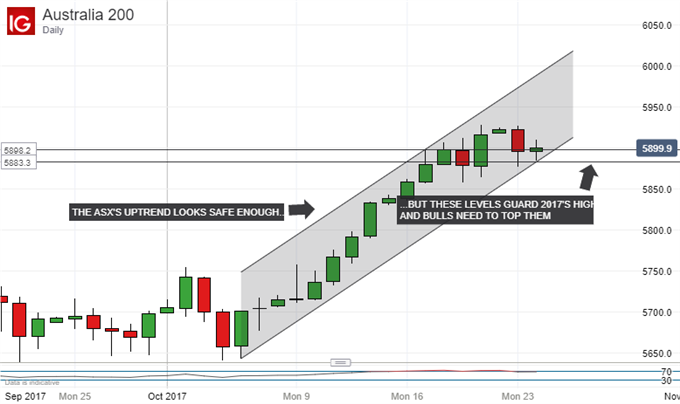 Of course, some pause for breath would probably be a good idea after such a breathless run higher. If that pause doesn’t take the index too far below this area, which comes in between 5883 and 5898 then it’s probable that the momentum still remains to the upside.

However, complacency might be dangerous. If we zoom out to the weekly chart for a little perspective we can clearly see some danger that the ASX could form a nasty double top if it can’t push on decisively from current levels. What’s more it might form it in an area which has been very unfamiliar to the index on a long-term basis since way back in 2008. 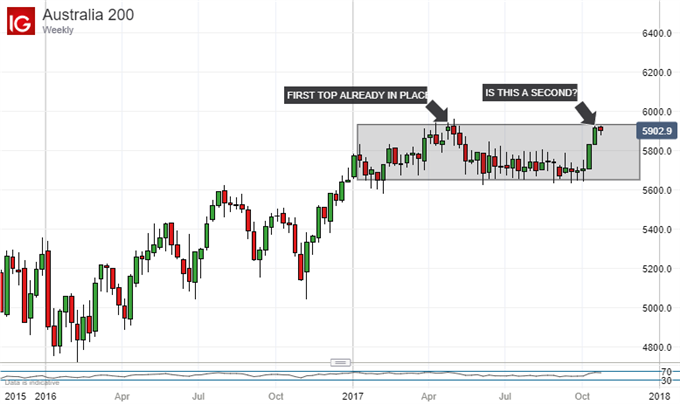 This chart surely bears watching. The ASX has put in a magnificent upside performance lately – as have many of its global peers. But the bulls still have work to do here.