The crude oil Elliott Wave analysis on the weekly price chart shows a bearish pivot may be occurring near current levels to retrace a significant portion of the previous uptrend. Nat Gas prices may be approaching a significant bullish turning point too.

Crude oil prices have been holding above this line for the past month. According to the Elliott Wave principle, the crude oil forecast is bearish for the remainder of 2018. 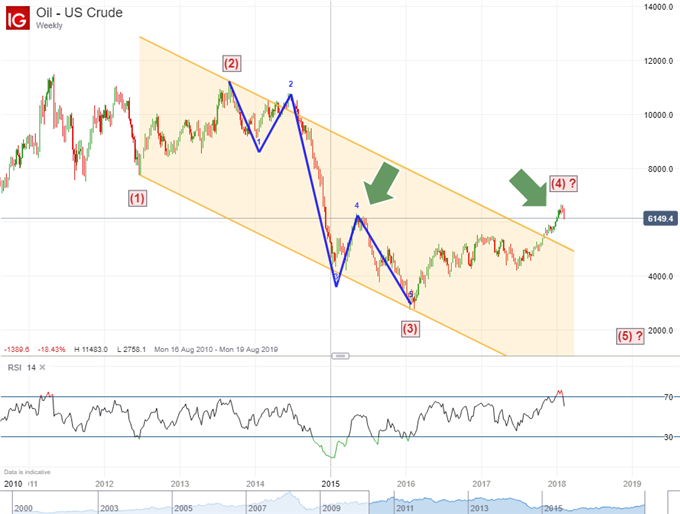 Dialing into a daily chart, we can count the minimum waves necessary for wave (4) to be complete. Our Elliott Wave analysis projects this fourth wave as a W-X-Y double zigzag combination. This fourth wave appears very mature and may be complete already. Crude oil prices are starting to break below the grey support trend line that is acting like an early warning signal for bears.

A successful break of the trend line opens the door for losses to $56-$58, though greater potential exists. The fifth wave of the impulse may drive crude oil to retrace most of the 2016-2018 up trend targeting below $40 and possibly $25 per barrel. 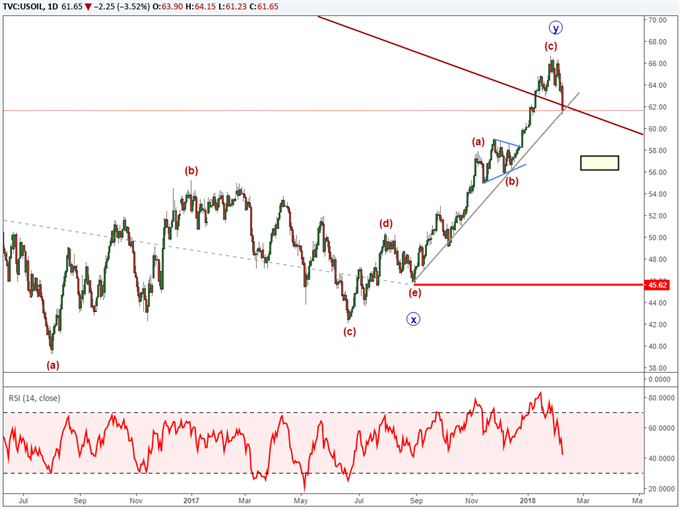 We wrote back in September 2017 that a dip towards 2.60 might offer Nat Gas bulls an opportunity to establish long positions. Nat Gas prices have been selling off hard and we think this may be a flush out prior to opening the door for bulls.

There are several wave relationships appearing near this 2.60 price level. For example, the pattern since December 2016 appears to be a flat pattern. This implies we might see a false break of the February 2017 low prior to a meaningful low forming. We anticipate this low to form near fourth wave of the previous impulse wave as that is a common retracement area.

In some scenarios where a zone has been identified, I will wait for a bullish Elliott Wave sequence to unfold or look to trade a bullish breakout on a smaller time framed chart. 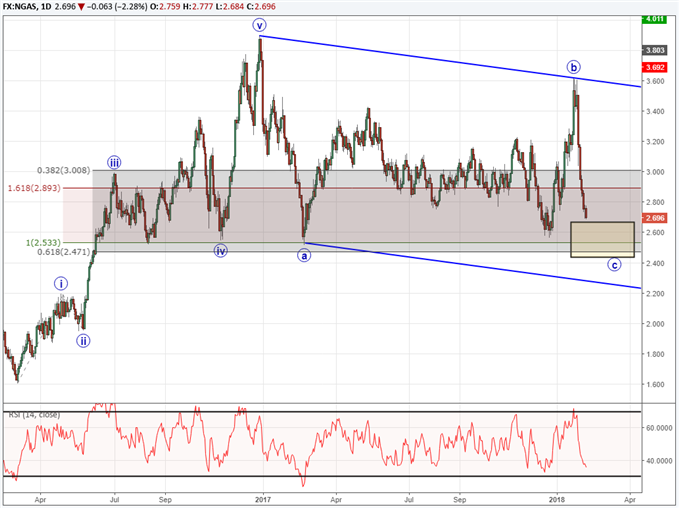