EUR/USD Elliott Wave analysis shows a three year expanded flat pattern is nearing an end. We are anticipating a bearish reversal that begins from a level below 1.2288.

EUR/USD has been correcting sideways since March of 2015 as an A-B-C wave. This three-wave move is shaped as an expanded flat pattern.

According to the Elliott Wave principle, the ‘C’ wave of the flat would need to carve in five waves. We can see from the chart below that the pattern is incomplete with only four waves visible. 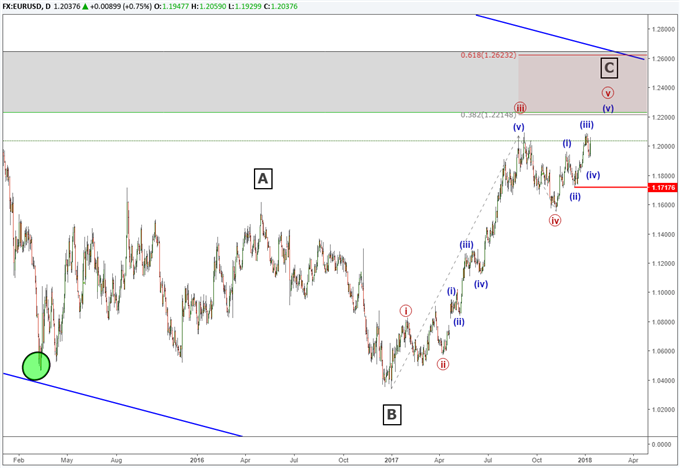 Within the fifth wave of the flat noted above, two possible patterns could develop. The first is an impulse wave. The shape and structure since the 1.1554 low in November is not an impulse wave.

The other possibility is the fifth wave is carving as an ending diagonal pattern. The shape and the structure since 1.1554 does look like the beginning of the diagonal.

The Elliott Wave count on EUR/USD shows we have just completed the fourth wave of that diagonal on January 9 or may do so with one more dip in price. We believe that with EURUSD above 1.18, the diagonal may grind higher in one final wave. 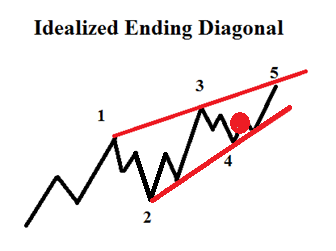 We can identify from the EUR/USD chart that wave (iii) measured 371 pips. Therefore, if we project that distance from the January 9 low, then we reach a diagonal extreme of 1.2288.

This implies that so long as EURUSD remains below 1.2288, then the market is at risk of a swift reversal. This offers us an ability to set up a short trade opportunity according to habits of successful traders.

Learn more about the 4 steps to trade the diagonal pattern. 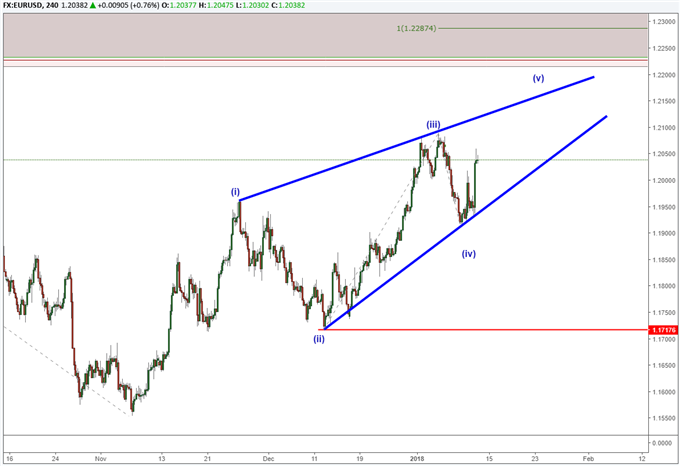 How do I begin my Elliott Wave analysis?

There are certain Elliott Wave patterns that appear in specific places of the wave sequence. I look for those patterns to begin developing my Elliott Wave analysis. Patterns such as triangles, equal waves, the 5-3 pattern, and diagonals are a few that help me get started. We have a one-hour webinar recording on “How to Start Your Elliott Wave Analysis”.

Will USD/JPY Break its Trading Range?