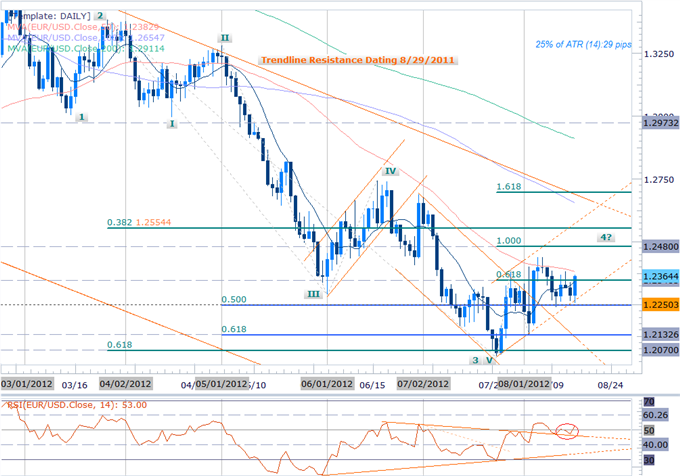 The euro is the strongest performer against a weaker greenback in late North American trade with an advance of 0.62% on the session. As we’ve noted multiple times this week, the euro remains constructive as it continues to trade within an ascending channel formation dating back to the July lows with only a move below the 50% Fibonacci extension taken from the May and June crests at 1.2250 invalidating our near-term bias. A break below last week’s low at 1.2240 flips our bias to the downside with subsequent daily targets seen at the 61.8% extension at 1.2130. Daily targets now shift focus to the 50-day moving average at 1.2383, the monthly high at 1.2440, and the 100% extension taken from the July and August lows at 1.2480. Note that daily RSI has now broken above, and rebounded off, former trendline resistance dating back to the June highs with the breach back above 50 offering further conviction on our directional bias. 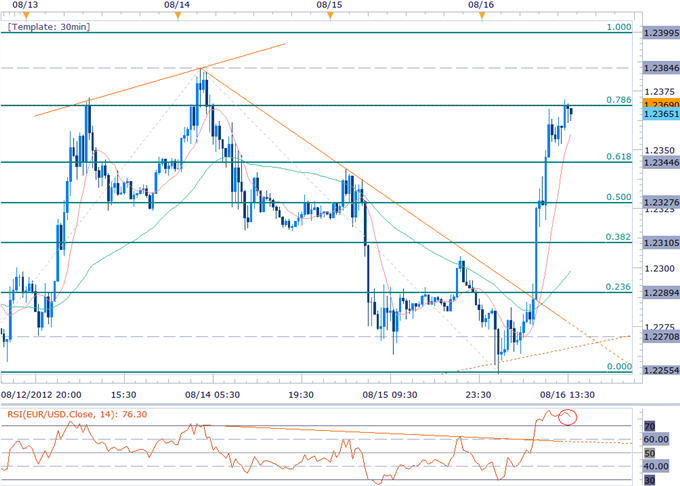 The 30min scalp charts show the EURUSD surging after breaking above the near-confluence of trendline resistance dating back to the August 14th high and the 23.6% Fibonacci extension taken from the August 10th and the overnight lows at 1.2290. The pair now stands just below interim resistance at the 78.6% extension at 1.2370 with a breach above this mark eyeing targets at the weekly high at 1.2385 and the 100% extension at the 1.24-handle. Interim support now rests with the 61.8% extension at 1.2345 backed by 1.2330 and the 38.2% extension at 1.2310. Note that RSI has continued to hold above the 70-overbought threshold for the majority of the session with a break below this mark likely to trigger a downside correction in the pair before pressing higher. 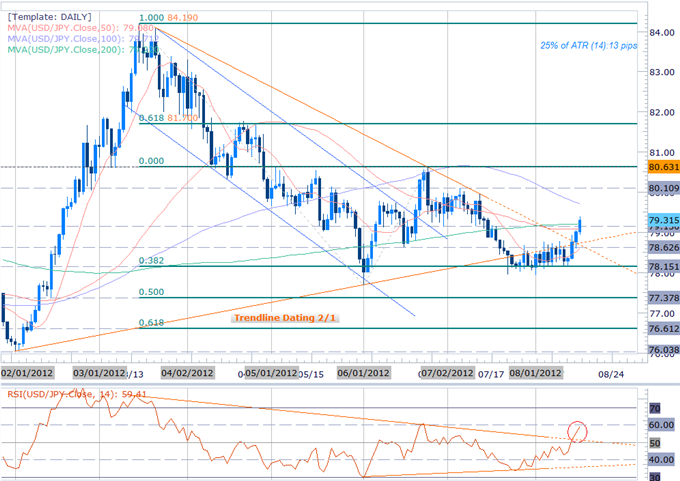 The Japanese yen is the weakest performer against the dollar with a decline of 0.45% on the session. The USDJPY has now cleared the 50 and 200-day moving averages with a breach above long-standing RSI trendline resistance dating back to March suggesting the move may be the key reversal we have been waiting for. Still, we remain cautiously bullish here noting topside resistance targets at the 100-day moving average at 79.71, the July high at 80.10, and the June high at 80.63. Interim support rests at 78.80 backed by the 38.2% Fibonacci extension taken from the March and June crests at 78.15 with a break below this level invalidating our near-term bullish bias. 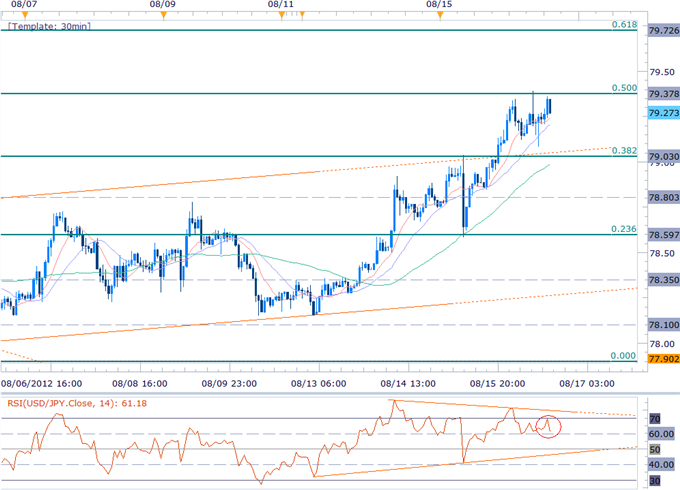