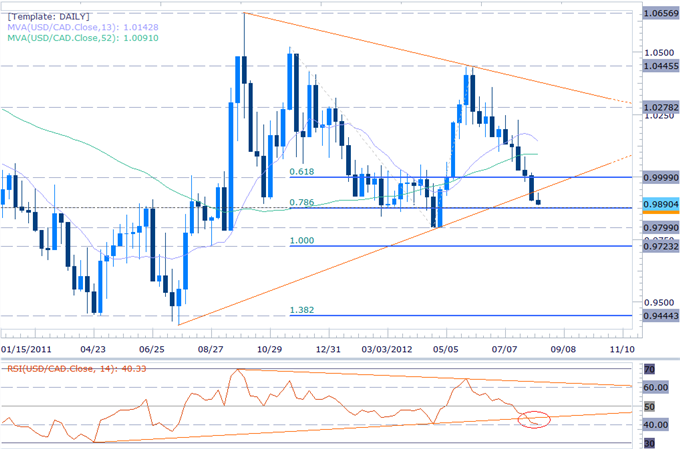 The Canadian dollar is the top performer against the greenback for a second consecutive session with an advance of 0.35%. The weekly chart shows the USDCAD now approaching a critical juncture with last week’s break below trendline support dating back to the July lows, now approaching key support at the 78.6% Fibonacci extension taken from the November and June highs at 9880. Note that weekly RSI now faces a break below the 40-mark, suggesting that the reversal off the June highs may be a shift in the broader trend for the loonie. The last time weekly RSI broke below this level was back in July of 2011 with the break exposing a 120pip decline in the pair down to around 9480. With that in mind, we remain neutral on the USDCAD at these levels with a break below 9860 putting a bearish tone on the pair. 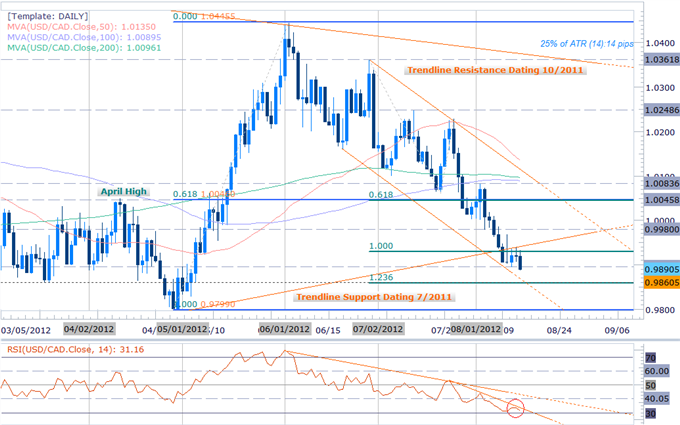 The daily chart shows the USDCAD breaking below Monday’s low at 9894 with a close below this mark eyeing interim daily support at the 123.6% Fibonacci extension taken from the June 28th and July 25th crests at 9860 and the April lows at the 98 handle. Daily resistance stands with the 100% extension at 9930 with a breach above this mark alleviating further downside pressure in the near-term. Note again here that daily RSI has now reached its lowest levels since February 3rd with a break below the 30-oversold threshold risking substantial losses for the greenback. A breach above RSI trendline resistance puts a neutral tone on the pair with a breach above trendline resistance dating back to the June highs shifting our focus higher. 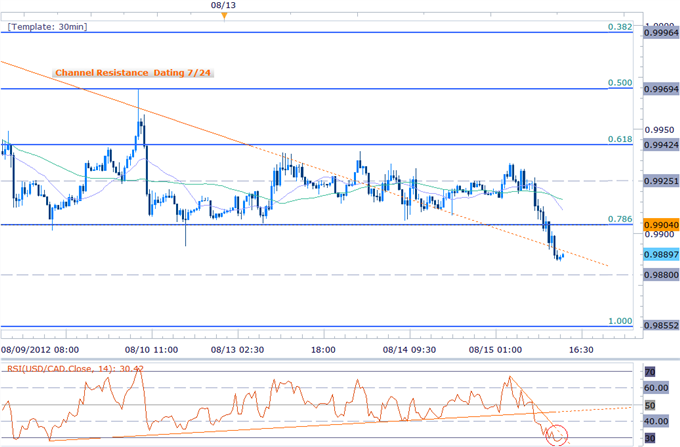 The 30min scalp charts shows the USDCAD breaking below interim support at the 78.6% Fibonacci extension taken from the July 24th and August 2nd crests at 9904 before settling around former channel resistance dating back to the July 24th. Interim intra-day support now rests at 9880 and the 100% extension at 9855. A breach back above the 99-handle eyes interim resistance targets at 9925, the 61.8% extension at 9942 and 9970. 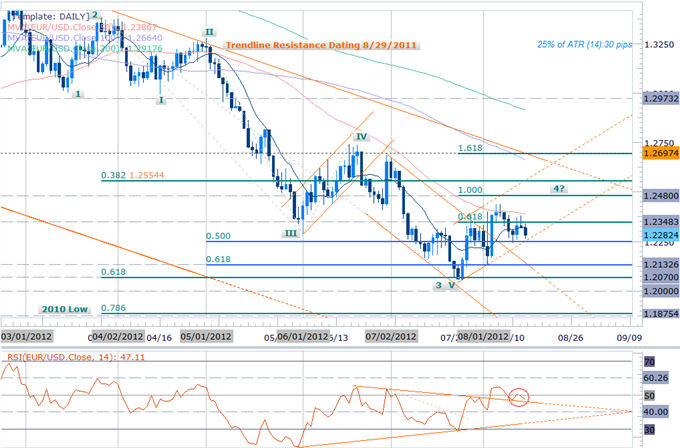 The euro is the weakest performer against the dollar with a decline of 0.31% on the session. The single currency remains just above the 50% Fibonacci extension taken from the May and June highs at 1.2250 with a break below this mark shifting our focus lower in the near-term. Such a scenario eyes subsequent daily support targets at the 61.8% extension at 1.2133 backed by 1.2070 and the 1.20-figure. Interim daily resistance stands with the 61.8% extension taken from the July and August lows at 1.2350 with a breach above this mark targeting the 50-day moving average at 1.2386 and the 100% extension at 1.2480. Note that daily RSI now looks to test former trendline resistance, now support, with a rebound off this mark offering further conviction on our near-term bullish outlook. 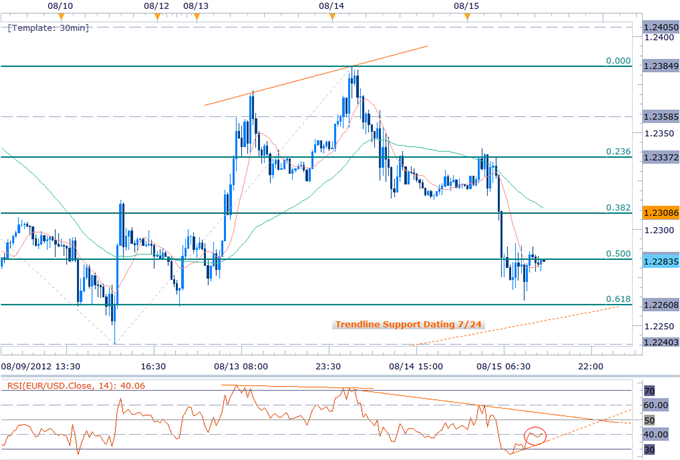