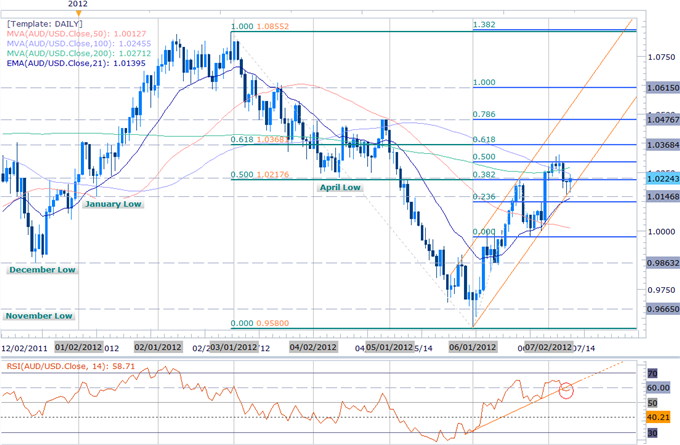 The Australian dollar is the top performer ahead of the US open with an advance of 0.17% on the session. Risk appetite is on the rebound in European trade with equity markets in the black across the board after EU leaders announced they would give Spain an extra year to achieve its 3% budget deficit target while granting access to up to €30 billion in funding to the banking sector by the end of the month. The news temporarily alleviated concerns over a banking crisis in Spain and offset disappointing trade data out of China in the overnight session.

The AUDUSD continues to hold within the confines of an ascending channel formation with the pair failing an attempted breach above the 100-day moving average at 1.0245. Subsequent daily resistance targets are seen just above at the 200-day moving average at 1.0270 and the 50% Fibonacci extension taken from the June 1st and 25th troughs at 1.0290. We maintain our bearish outlook with only a breach above the monthly highs at 1.0330 invalidating this particular trade setup. A break below channel support eyes immediate targets at former January lows at 1.0146 with a break below the 23.6% extension at 1.0120 offering further conviction on our directional bias. 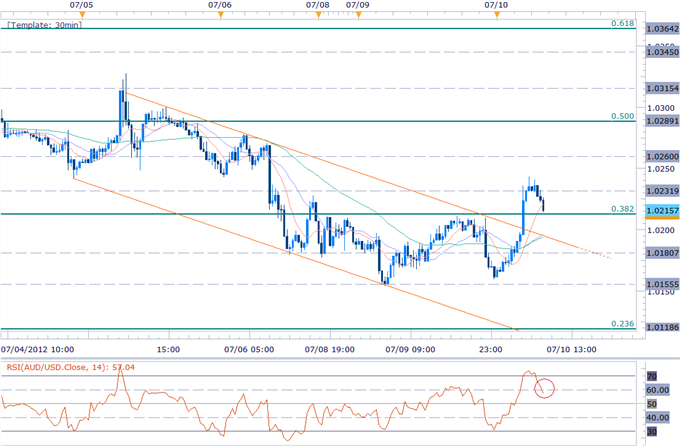 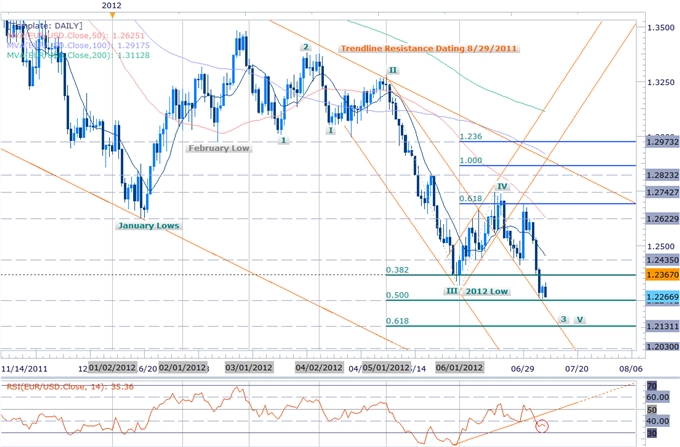 The euro is the weakest performer in late European trade with a loss of 0.21% on the session. The EURUSD now rests just above our initial monthly objective at the 50% Fibonacci extension taken from the May 1st and June 18th crests at 1.2250. The move off the June 18th high represents wave 5 of a 3 with a break below 1.0250 eyeing the key 61.8% extension at 1.2130. Interim daily resistance stands with the 38.2% extension at 1.2365 and is backed by soft resistance at 1.2435. We maintain our bearish outlook on the single currency with rallies offering favorable short-entries. Note that daily RSI has continued to hold below the 40-mark with a breach above risking a more substantial correction before moving lower. 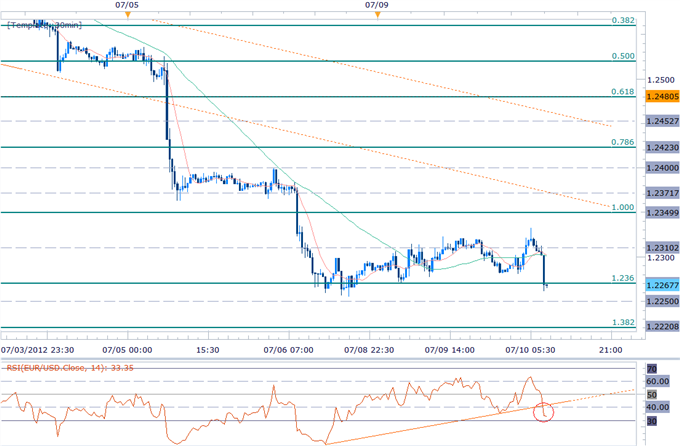