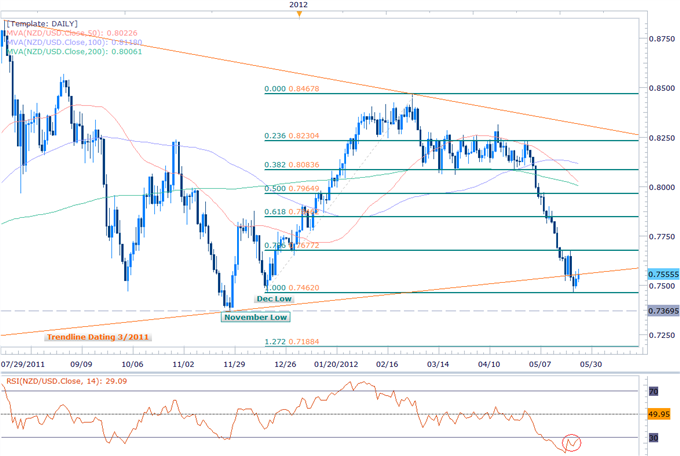 The New Zealand dollar is the top performer against the US dollar at the close of European trade with an advance of 0.19% on the session. The kiwi looks primed for a correction after rebounding off the December lows at 7460 earlier in the week. A close above former trendline support dating back to March of 2011 accompanied by an RSI break back above 30 bodes well for near-term kiwi strength with such a scenario eyeing daily resistance at the 78.6% Fibonacci retracement taken from the December advance at 7675 (also the weekly high). Daily support rests at the 7460 backed by the November low at 7370. 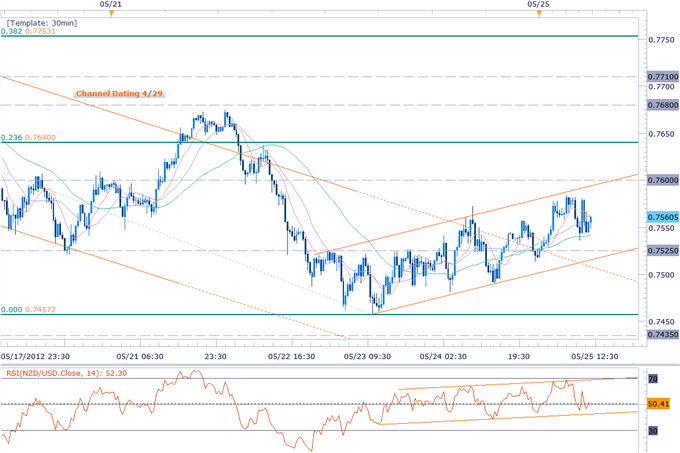 The scalp chart shows the NZD/USD trading within the confines of an ascending channel formation after attempting to clear channel resistance dating back to April 29th for the second time this week. Interim soft resistance is eyed at the 76-handle backed by the 23.6% retracement taken from the late April decline at 7640, 7680, and 7710. A break below short-term channel support at 7525, eyes subsequent floors at the December low at 7460 and the November lows at 7370. 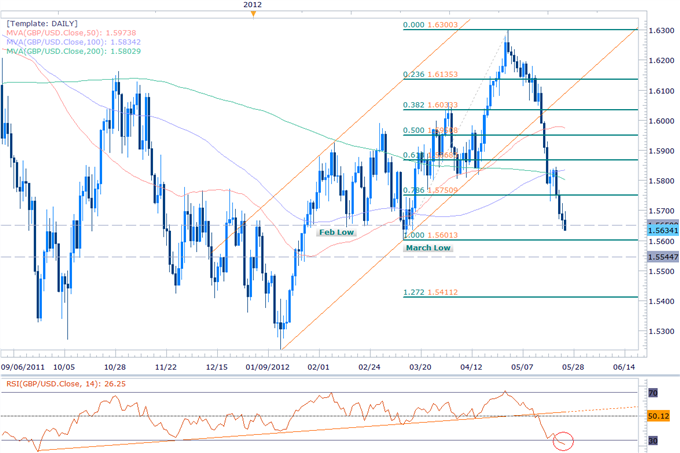 The British pound is the weakest performer in early afternoon trade with a decline of 0.23% against the greenback. The sterling may continue to face headwinds into the close of the month as the Bank of England comes under increased pressure to ease policy further as the MPC sees a renewed risk of undershooting the 2% inflation target. The GBP/USD broke below the February lows at 1.5643 with an RSI break below the 30-oversold level exposing the March low at the 1.56-figure. Daily resistance remains with the 78.6% Fibonacci retracement taken form the mid-March advance at 1.5750. 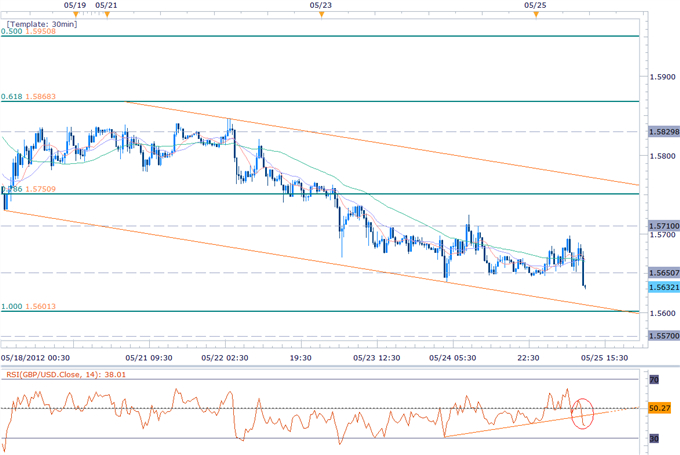 The scalp chart shows the GBPUSD trading within the confines of a newly formed descending channel formation with the pair dipping below soft support at 1.5650 in late US trade. Interim support rests with the March lows at the 1.56-handle backed by 1.5570 and 1.5540. Topside resistance stands at 1.5710 with subsequent ceilings seen at the 78.6% retracement at 1.5750 and 1.5780.