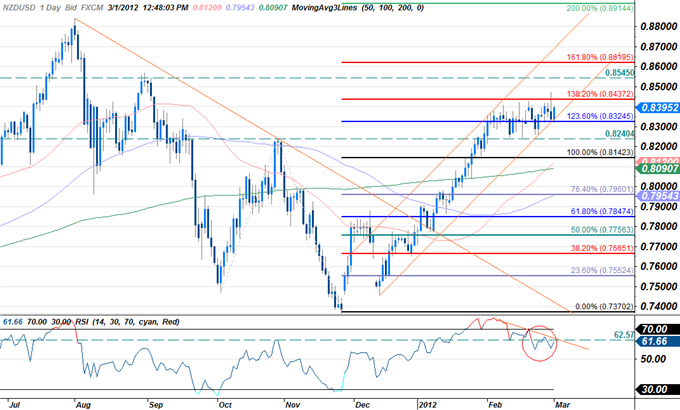 The New Zealand dollar is the strongest performer against a weaker dollar in US trade with an advance of 0.52% on the session. Risk appetite returned to markets today after yesterday’s sell-off prompted by Bernanke’s testemony before the house saw the kiwi test critical support at the confluence channel support dating back to December 15th and the 123.6% Fibonacci extension taken from the October 4th and November 25th troughs at 8325. This level remains paramount for the kiwi with a break below risking a substantial correction in the high yeilder. 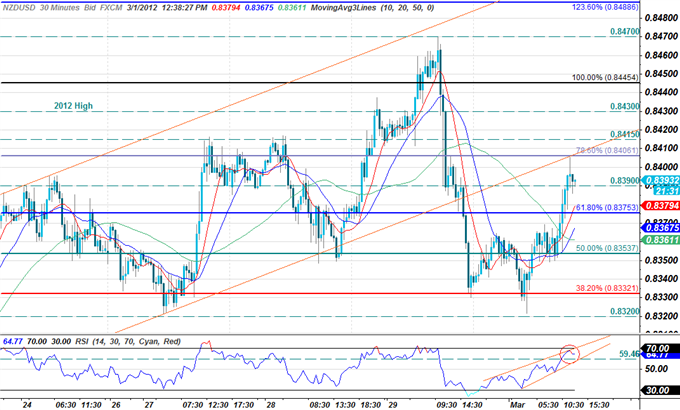 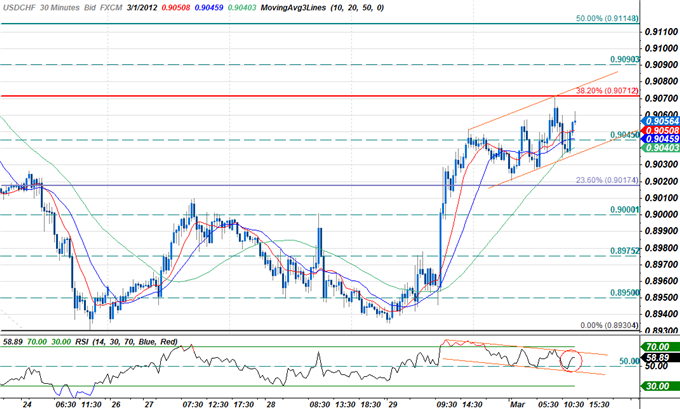 The Swiss franc is the weakest performer for a second consecutive session with the USDCHF pair advancing 0.13% despite broader dollar weakness. As noted in yesterday’s Winners/Losers report, euro weakness continues to weigh on the swissie as the SNB remains steadfast with its pledge to hold the euro-Swiss peg at 1.20. The USDCHF continues to trade within a short-term ascending channel formation with interim resistance eyed at the 38.2% Fibonacci retracement taken from the February 16th decline at 9070. Subsequent topside targets are eyed at 9090 and the 50% retracement at 9115. A break below channel support eyes subsequent floors at the 23.6% retracement at 9017 backed by soft support at the figure and 8975. Look for the swissie to remain under pressure (USDCHF higher) so long as the euro continues to trend lower with a break below the 1.33-handle in EURUSD likely to fuel further weakness in the franc.