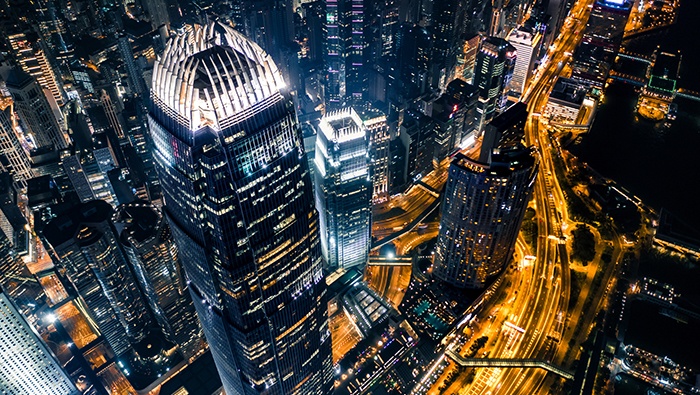 U.S. stocks sold off in early trading on Thursday, weighed by heightened geopolitical tensions in Eastern Europe, but stormed back from a large rout to close higher across the board.

Last night, Russia started a full-scale invasion of Ukraine from land and sea, targeting military infrastructure in a barrage of missiles and airstrikes aimed at crippling the country’s defense system. The unprovoked attack initially sparked broad based risk aversion, boosting demand for safe haven assets such as U.S. Treasuries and gold, while briefly sending oil prices above $100 per barrel on fears that the crisis may disrupt energy supplies.

When it was all said and done, the Dow Jones climbed 0.28% to 33,223 in a session marked by explosive volatility and wild market swings, erasing an early morning 860-point drop that momentarily took the index to its lowest level since late March of last year.

With the geopolitical landscape experiencing major shifts, inflation at a four-decade high and the Federal Reserve poised to begin raising interest rates next month, the market can remain unpredictable and volatile. However, much of the bad news has already been priced in, so the February sell-off may begin to moderate going forward, especially as the current crisis is not expected to have a material impact on the global economy and sanctions imposed on Moscow have been limited in scope.

If the situation does not escalate further or frictions begin to subside, the relief rally seen on Thursday could continue, helped by what appears to be the end of the pandemic, with Omicron cases rolling over fast. Many stocks are down more than 30% from their recent highs and trading at attractive valuations, so dip buyers could be tempted to scoop up beaten down shares at a discount ahead of a possible rebound in sentiment.

From a technical perspective, the Dow Jones has rebounded off channel support and is now approaching resistance in the 33,250 area. If traders manage to push the index above this barrier in the coming sessions, buying interest could pick up, paving the way for a move towards 33,700. On the flip side, if sellers retake control of market and the blue-chip benchmark pivots lower, support is seen at 32,200, but a drop below this floor could accelerate the decline, triggering a pullback towards 31,250.